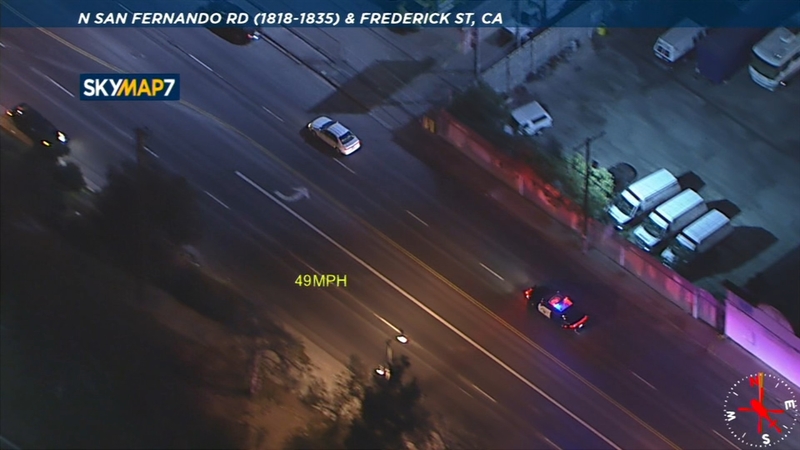 LOS ANGELES (KABC) -- A suspect in a stolen Nissan led authorities on a chase from the Carson area to Eagle Rock before escaping on foot in a shopping complex.

The chase of the stolen Nissan Sentra began Tuesday around 8:30 p.m.

The suspect fled at high speeds over various freeways and surface streets, circling around Echo Park and other neighborhoods near downtown Los Angeles and at times narrowly avoiding pedestrians and other vehicles.

The car then pulled into the underground parking at the Eagle Rock Plaza on Colorado Boulevard near the 2 Freeway.

As officers began calling in for backup and surrounding the shopping complex, it appears the suspect ditched the vehicle and fled on foot.