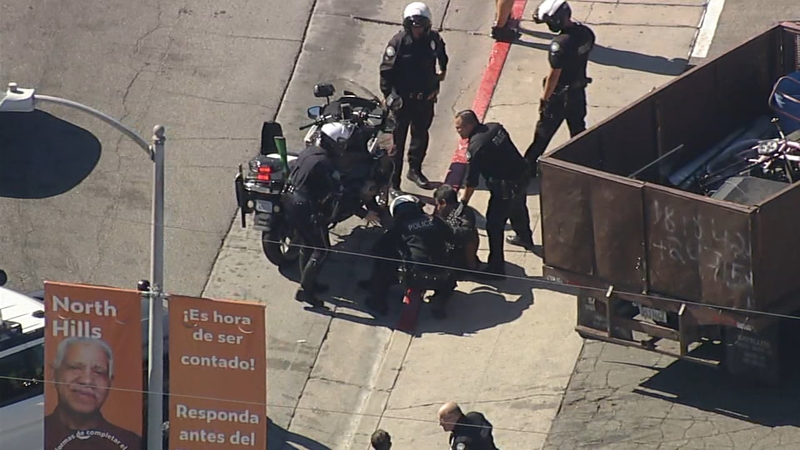 LOS ANGELES (KABC) -- Police arrested a suspect suffering from a stab wound after he led them on a pursuit on Southern California streets Friday afternoon.

The incident began near Delano Street and Hazeltine Avenue in Van Nuys when the suspect tried to stab someone. That person then pulled out a knife and stabbed the suspect, according to the Los Angeles Police Department.

The suspect fled and an officer in his vehicle saw the suspect. A pursuit ensued after the officer observed the wounded suspect, leading police on a pursuit that ended near Sepulveda Place and Sepulveda Boulevard in Los Angeles, police said.

The suspect was taken into custody.