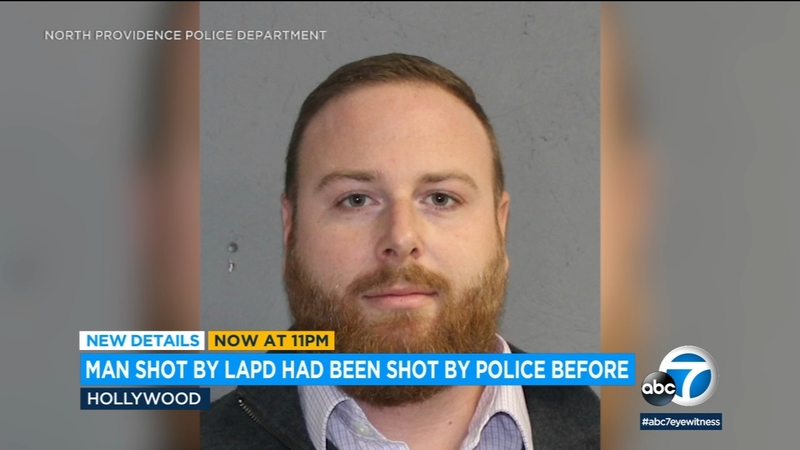 LOS ANGELES (KABC) -- New details are emerging about a bizarre situation in Hollywood over the weekend that ended with police shooting and killing a man in the middle of the afternoon.

The man has been identified as 34-year old Richard Solitro.

Police say he was wearing body armor Saturday, when he intentionally backed his car - which was covered in writing - into a squad car heading to another call.

Witnesses say he got out with his hand behind his back and started counting down.

Los Angeles police said officers shot and killed a man wearing body armor in Hollywood Saturday after he backed his vehicle into a police car and confronted the officers.

No weapon was recovered.

Remarkably, this was not the first time Solitro had been shot by police.