ByCarlos Granda and Melissa Leu via

From May 17 to 24, the one-week Leadership Empowerment and Discipline Boot Camp Program brought at-risk youth to Camp San Luis Obisbo, a National Guard military base.

Promotional materials say the program, which is sponsored by Huntington Park and South Gate police departments, is designed for children experiencing behavior or disciplinary problems.

The San Luis Obispo County Sheriff's Office began its investigation on May 28 after receiving reports of abuse from the Los Angeles County Department of Children and Family Services.

In early June, an attorney for some of the children involved said some had been beaten bloody and one suffered broke fingers.

"When they didn't do their exercises the way they were supposed to, they were stomped in the back. Their fingers were stepped on," said Araceli Pulido, who had two daughters at the camp.

Of the 37 camp participants, 13 male and female victims, ranging from 12 to 17, claimed they had been assaulted by officers at the camp, sheriff's officials said.

The South Gate Police Department issued a statement on its website saying, "We support the San Luis Obispo Sheriff's and the District Attorney's Office regarding the need for transparency in this matter and we will continue to cooperate with them as is necessary and appropriate."

Gomez and Gomez-Marquez were arrested on suspicion of willful cruelty to a child, criminal threats, criminal conspiracy, criminal battery and abuse under color of authority.

Larios was arrested on suspicion of willful cruelty to a child, criminal conspiracy, criminal battery and abuse under color of authority.

Nijland was arrested on suspicion of willful cruelty to a child, criminal battery and abuse under color of authority. 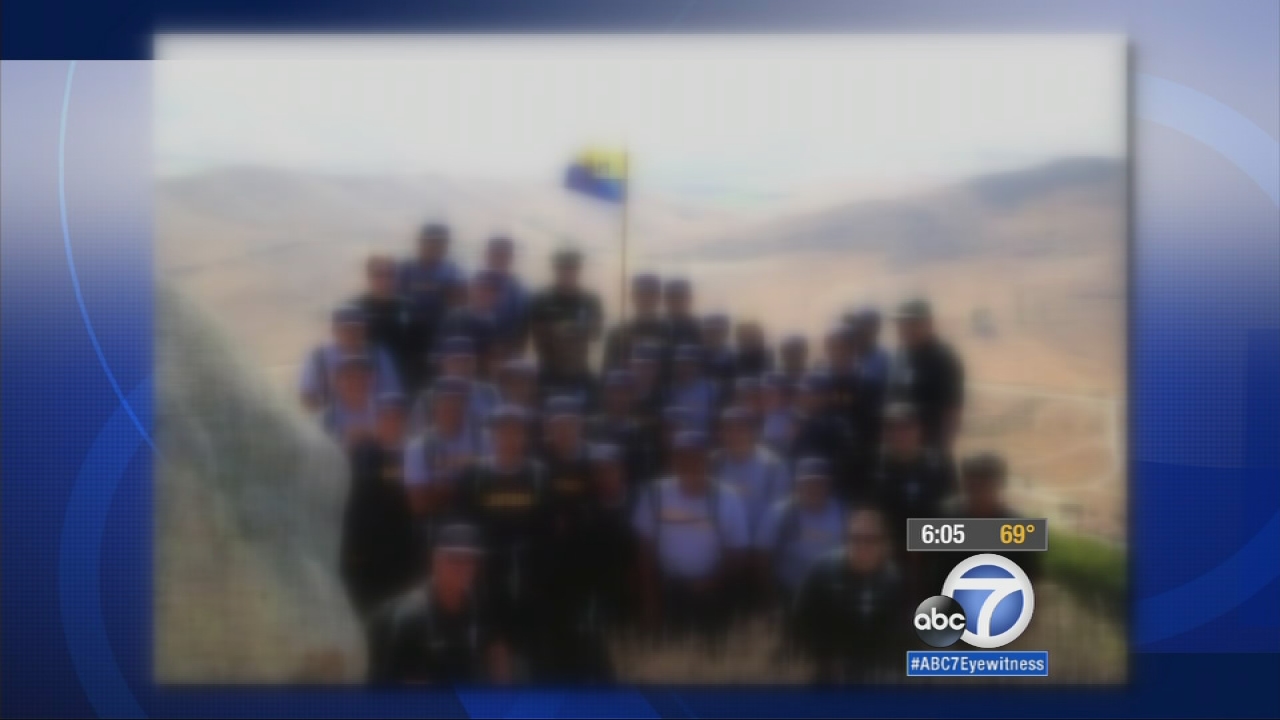