Protesters are demanding answers in the fatal deputy-involved shooting of Dijon Kizzee in South Los Angeles.
KABC
By ABC7.com staff 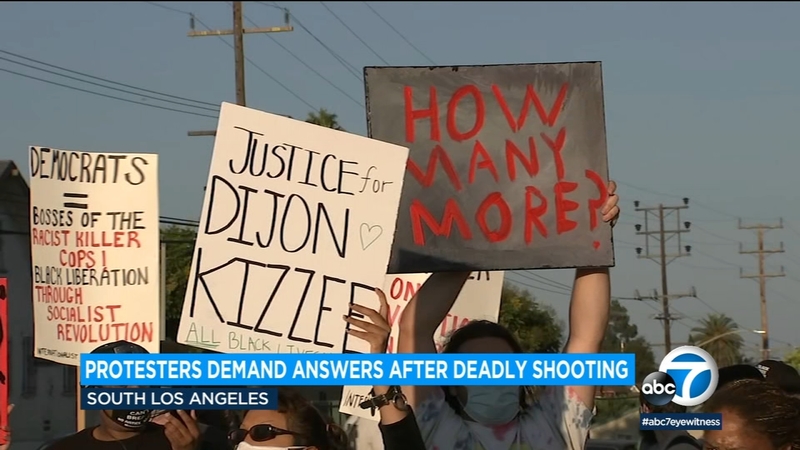 SOUTH LOS ANGELES (KABC) -- Protesters are demanding answers in the fatal deputy-involved shooting of a man in South Los Angeles.

Dijon Kizzee was shot and killed in a confrontation with sheriff's deputies Monday afternoon on the 1200 block of 109th Place near Budlong Avenue in an unincorporated part of Los Angeles.

The deputies said they had tried to pull him over on his bicycle for a vehicle code violation. He ran away and when they caught up to him, a fight ensued and he punched one of the two deputies in the face.

The deputies said he dropped some items of clothing on the ground and the shooting occurred after they spotted a handgun among the clothing. 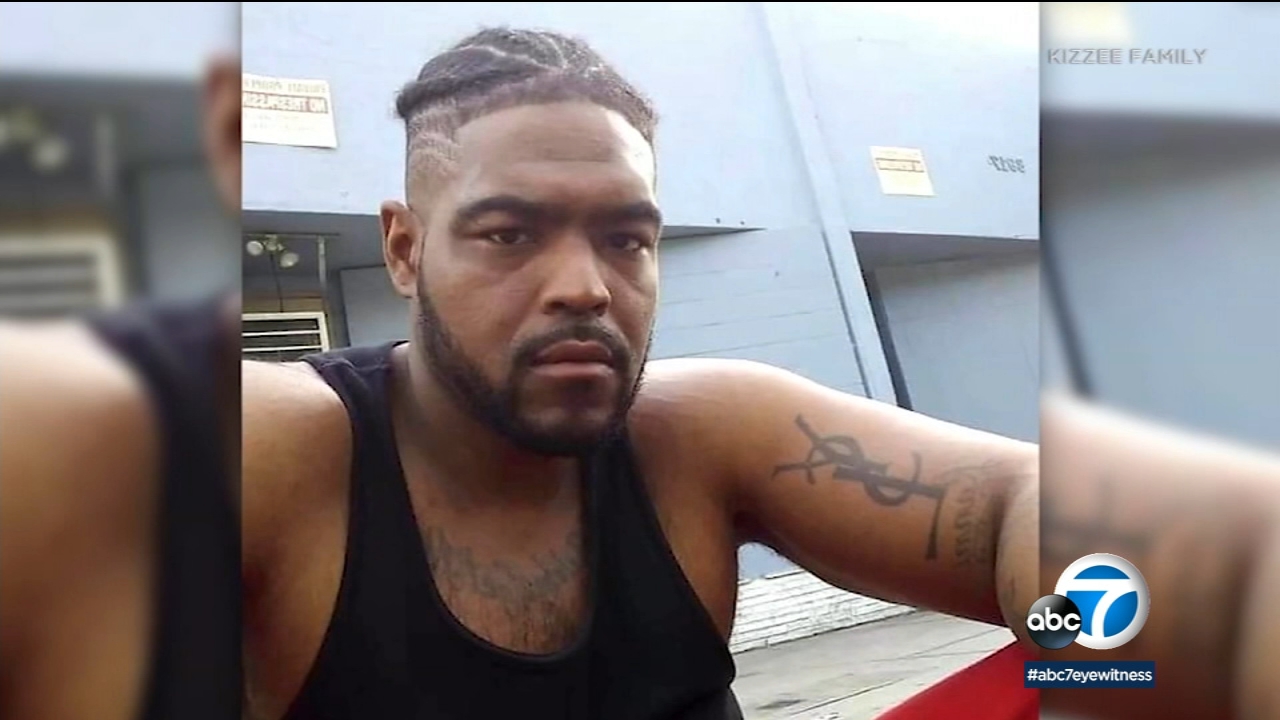 Dijon Kizzee, 29, was shot and killed in a confrontation with Los Angeles County sheriff's deputies in South Los Angeles on Monday, Aug. 31, 2020.

Tuesday afternoon for the first time the Los Angeles County Sheriff's Department added a new detail to its account of the incident. They specified that Kizzee was shot while he was reaching for the gun.

The department wrote in a release: "The suspect made a motion toward the firearm, it was at that time a deputy involved shooting occurred."

In the agency's initial account of the shooting, officials said he dropped the gun and was then shot, but it wasn't specified whether he was reaching for the weapon first.

New video is also providing additional insight into what happened. Footage from security cameras in the neighborhood shows Kizzee struggling with the deputies and them firing at him. Another video provides partial audio of the incident, indicating at least 15-16 shots were fired, if not more.

Kizzee's family members and activists marched Tuesday from the scene of the shooting to the sheriff's station. They called for justice and for the deputies involved in the incident to be fired.

"This is another killing of a young Black man," Waters said. "It keeps going on in this country. We have to be here. We have to stand up."

Sheriff's deputies stood by in riot gear during the demonstration. The event ended peacefully.