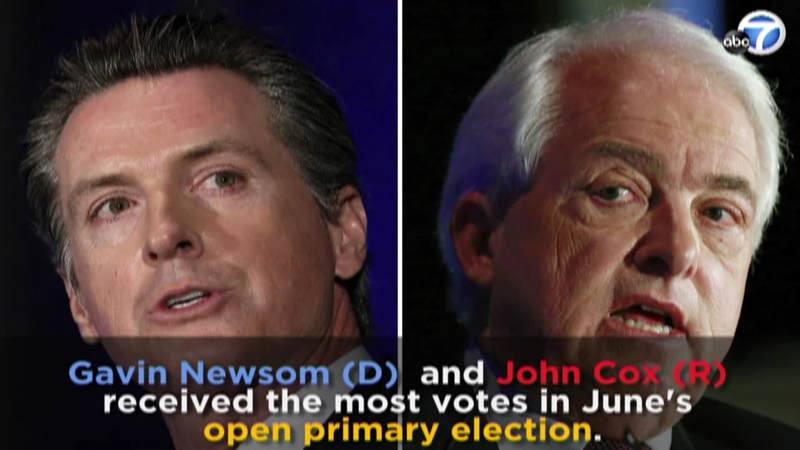 A look at the 2018 California governor's race

SAN FRANCISCO -- In the November election, California voters will decide between Republican John Cox and Democrat Gavin Newsom for governor. Here's a look at the candidates.

HOW THEY LANDED ON MY BALLOT?

As for party breakdown in June: Democrats (5 of the top 7 finishers) won 61 percent of all votes while Republicans (2 of the top 7) took 35.9 percent of the total.


JOHN COX
John Cox describes himself as a self-made millionaire who grew a business from scratch to employ nearly 100 people. Cox has long been active as a volunteer helping rebuild homes for low-income seniors and people with disabilities in the San Diego area.

Go here to learn more about this California gubernatorial candidate.

Go here to learn more about this California gubernatorial candidate.