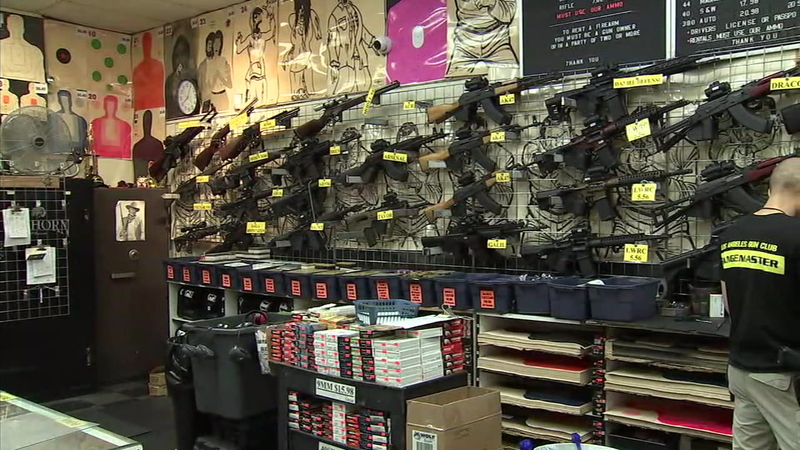 LOS ANGELES (KABC) -- California lawmakers approved a new bill to increase the age limit for buying assault weapons. If it's signed by Gov. Jerry Brown, it would tighten gun control in a state with some of the strictest laws in the country.

Right now, people must be 21 in the state to buy a handgun, but only 18 to buy an AR-15 or any other assault rifle or long gun.

But after seeing the string of mass shootings at schools - including in Parkland, Florida, and Newton, Connecticut - a push was made to get California to join Florida in raising the age to buy assault weapons.

On Wednesday, the state Senate voted 26-12 to do just that.

Angelenos who spoke with Eyewitness News said it's a common sense measure.

"I think that's a great idea. Getting them out of the hands of students in high school at least will reduce some of these events, I think," Adam Golden said.

That was the goal of the bill's author, state Sen. Anthony Portantino (D-La Canada Flintridge). He issued a statement to Eyewitness news.

"As a dad and legislator, I am determined to help California respond appropriately to the tragic events on school campuses. It is imperative that California leads when Washington refuses to act," he said.

But will the law help? Opponents said if someone wants to get a gun, they'll still find a way to do so, and only a relatively small percentage of mass shooters are younger than 21.

"Changing laws will decrease the chances of it happening, but ultimately I think it's something that will probably stay engrained within our culture - at least within our lifetimes," Mark Lorden said.

The bill does have exemptions for police officers, military members and people with state hunting licenses.

Another one of Portantino's bills is expected to pass into law, which will limit sales of guns in California to just one per month.
Report a correction or typo
Related topics:
politicscaliforniagun controlgun violencecalifornia legislationcalifornia state assemblygun lawslawscalifornia state senateguns
Copyright © 2021 KABC-TV. All Rights Reserved.
More Videos
From CNN Newsource affiliates
TOP STORIES