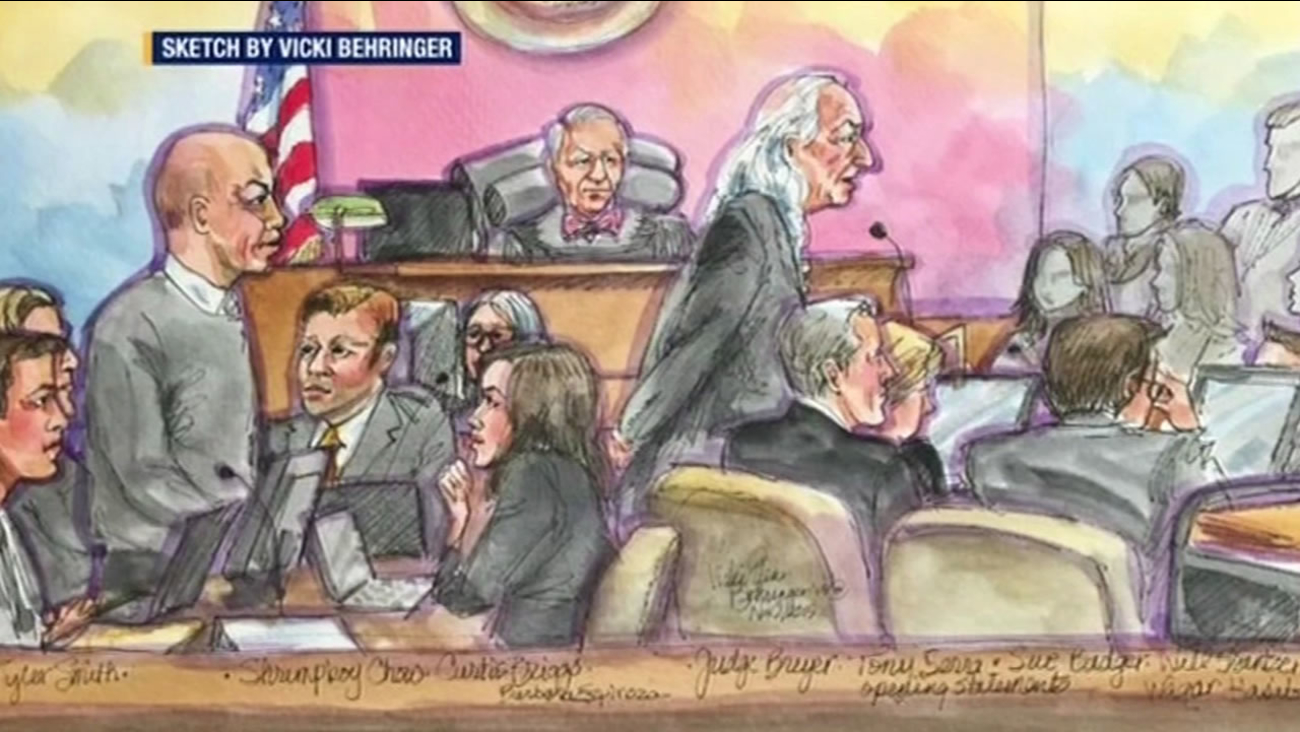 The government's lead witness in the trial of reputed Chinatown gangster Raymond "Shrimp Boy" Chow said he became like a brother to the defendant on Nov. 18, 2015 in San Francisco. (KGO-TV)

SAN FRANCISCO -- The government's lead witness in the trial of reputed San Francisco Chinatown gangster Raymond "Shrimp Boy" Chow claims he became like a brother to the defendant during the undercover operation. Jurors heard secretly recorded conversations backing up that claim.

Chow was indicted for two murders and other crimes, including money laundering. Prosecutors questioned their star witness - an FBI undercover agent who posed as a mafioso, using the alias Dave Jordan.

The prosecution played recorded conversations and wiretaps. The agent became like a brother to Chow, meeting him and his associates in expensive restaurants like Morton's steakhouse and in Chinatown.

In one exchange, Nieh told Jordan, "I'm ready to do business with you. I have Mr. Chow's blessing. Tell me what you want to do?"

The government maintains Chow directed the criminal activities of his associates, even though defense attorneys said he had no involvement. Jordan said he gave envelopes of cash to Chow and each time, he would politely decline before taking it.

Jordan: "His standard response was 'No, no, no.'"
Prosecutor: "Did he take the money?"
Jordan: "Yes, immediately."

Chow's attorney said his client thought Jordan was giving it to him out of respect.

Defense Attorney Curtis Briggs said, "He did take some money, but he didn't take any money for anything illegal."