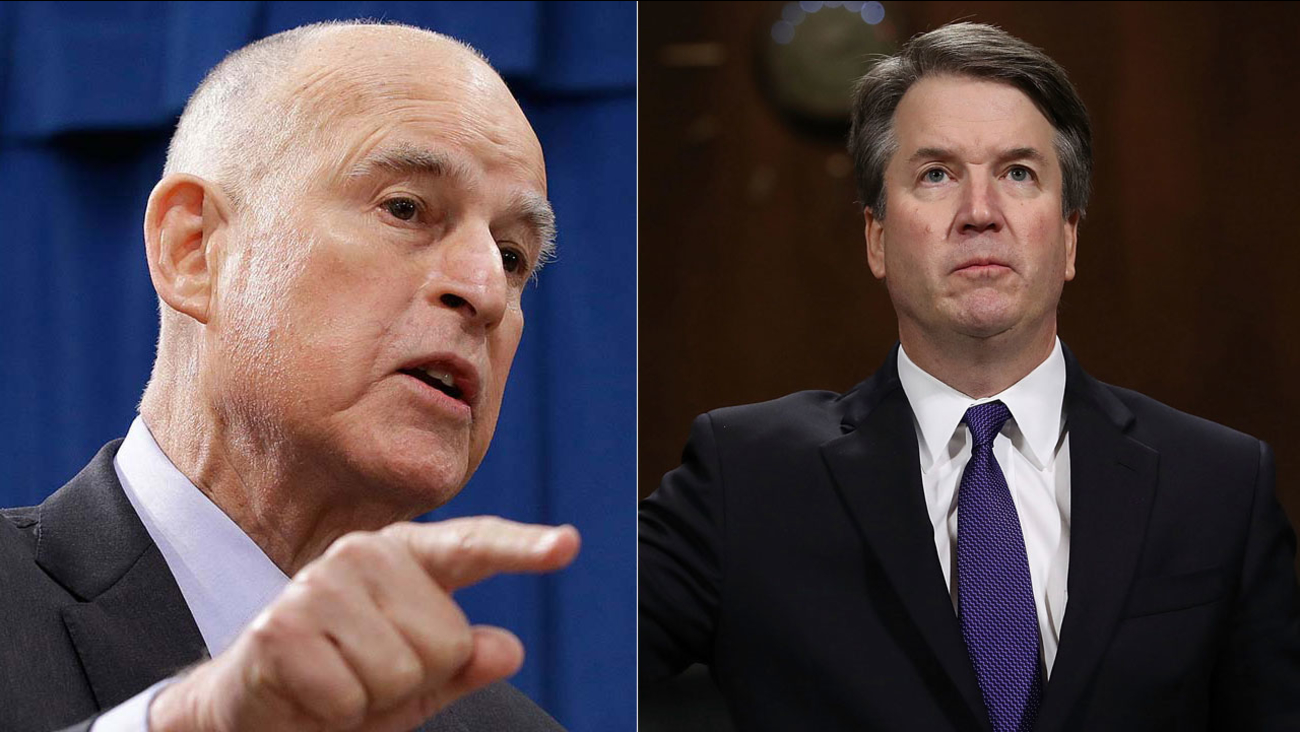 Gov. Brown responds to a question in Sacramento in this undated photo. Brett Kavanaugh is sworn in to testify before the Senate Judiciary Committee on Capitol Hill Sept. 27, 2018.

This controversial and partisan choice further deepens the divisions in America and profoundly undermines democratic governance. A real tragedy.

The governor tweeted his opinion on Saturday, the same day Kavanaugh was confirmed as an associate justice in a climactic 50-48 roll call vote. The two-vote margin is one of the narrowest ever for a Supreme Court nominee.

The Senate has confirmed Brett Kavanaugh as an associate justice of the Supreme Court, putting a second nominee from President Donald Trump on the highest court in the land.

The vote closed out a bitter struggle over Kavanaugh's nomination, inflamed by accusations that he sexually assaulted women in the 1980s. Kavanaugh forcefully denied the accusations in sworn testimony.

Other politicians in the state also expressed concern and urged the public to go out and vote.

This wasn't a search for the truth.

We can't stop fighting. Progress doesn't happen overnight. It can be painful. It can be slow. But now is the time to roll up our sleeves, knock on doors, and register people to vote. In one month we have the chance to vote and stand up for the country we love.