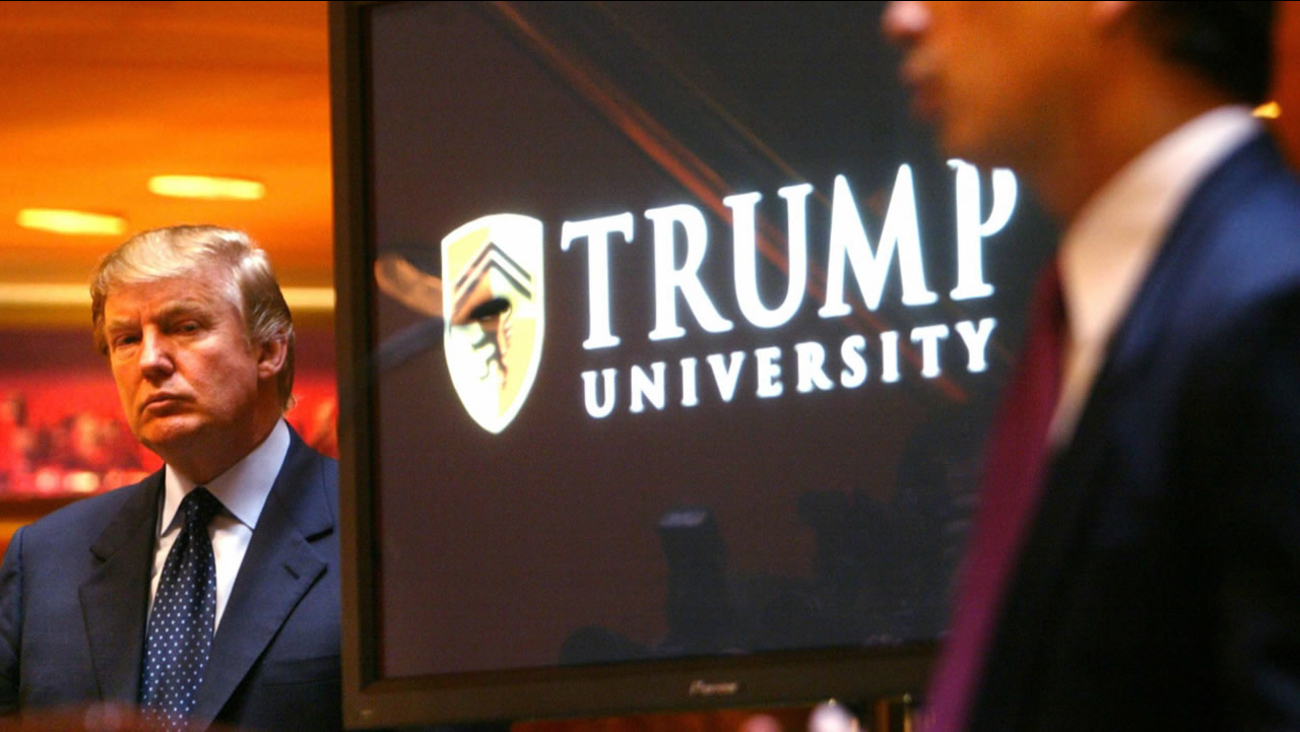 In this Monday May 23, 2005 file photo, Donald Trump listens as Michael Sexton introduces him to announce the establishment of Trump University at a press conference in New York. (AP Photo/Bebeto Matthews)

SAN DIEGO -- A judge has approved an agreement for President Donald Trump to pay $25 million to settle lawsuits over his now-defunct Trump University.

The decision Friday by U.S. District Judge Gonzalo Curiel in San Diego ends nearly seven years of legal battles with customers who claimed they were misled by failed promises to teach success in real estate.

Trump had vowed never to settle but said after the election that he didn't have time for a trial, even though he believed he would have prevailed. Under terms of the settlement, he admits no wrongdoing.

Attorneys for the customers say thousands will get at least 90 percent of their money back.