After a peaceful but noisy confrontation by pro- and con demonstrators, the Los Alamitos City Council began hearing hours of public comment on whether it should enact an ordinance exempting the city on grounds that the state law is unconstitutional.

Monday's vote was the second vote by the City Council. In March, the city approved an ordinance to preliminarily "opt out" of California Values Act. The recent vote sealed the deal and made the city legally exempt.

The city of 12,000 argues that the federal government - not the state - has authority over immigration. It's the same argument made by the Trump administration, which sued California last month.

The American Civil Liberties Union had pledged to sue the city of Los Alamitos if council members approved the ordinance.

California has portrayed itself as something of a leader in battling Trump administration immigration-control efforts. Leaders at the state level and in big cities have condemned mass raids and deportation efforts, the president's call for a border-spanning wall with Mexico and the attorney general's "zero tolerance" order to prosecute people caught illegally entering the United States for the first time.

However well that stance may play in immigrant or largely Democratic enclaves, it has set conservative teeth on edge and sparked a backlash that Republicans have been quick to join.

In recent years, California Republicans have taken a less strident approach to immigration in a state where one in four people are foreign-born. But the Trump administration lawsuit has energized many in a party that has been rendered nearly irrelevant at the state level, where Democrats control every key office.

"When the attorney general of the United States decides to take a firm position against it, I think that gave a signal to a lot of us that, 'Hey, California is on the wrong side of this thing,'" said Fred Whitaker, chairman of the Republican Party in Orange County. He also is a councilman in the city of Orange who proposed a local resolution on the issue that passed last week.

Tuesday, the San Diego County Board of Supervisors voted 3-1 to back the Trump administration's lawsuit against California's sanctuary state law. The city of Beaumont in Riverside County was expected to debate a similar resolution in opposing the law on Tuesday as well. 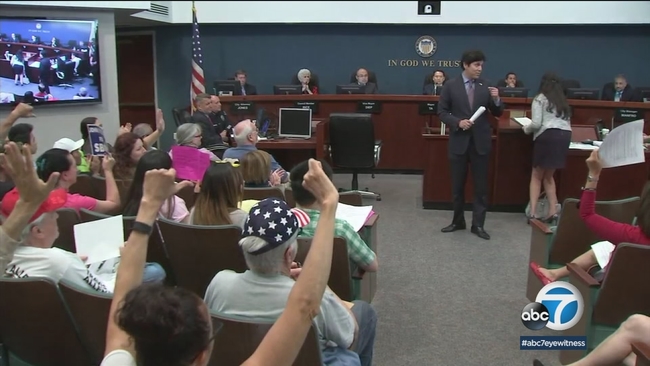 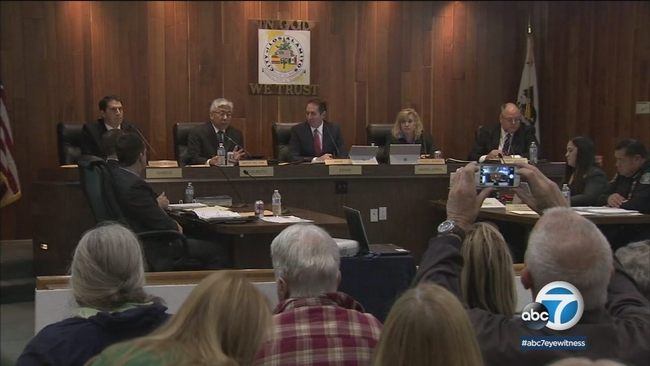