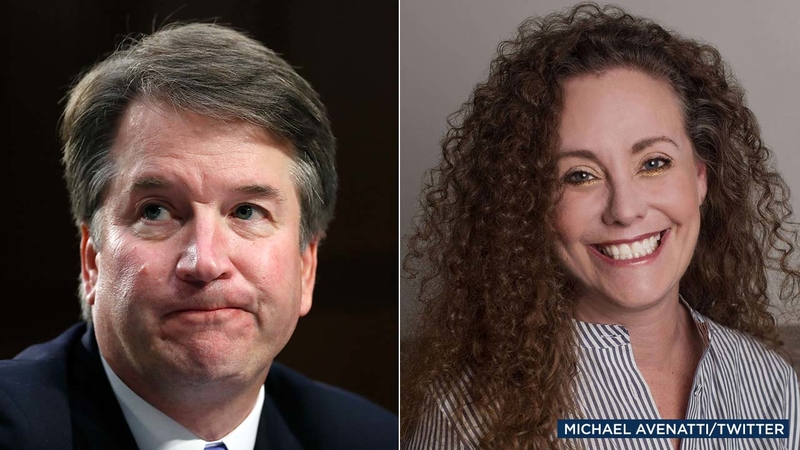 Avenatti made the announcement on Twitter Wednesday morning, naming his client as Julie Swetnick. In the tweet, he described her as courageous, brave and honest.

Here is a picture of my client Julie Swetnick. She is courageous, brave and honest. We ask that her privacy and that of her family be respected. pic.twitter.com/auuSeHm5s0

The attorney also tweeted images of what he said was a sworn statement from his client, adding, "Under no circumstances should Brett Kavanaugh be confirmed absent a full and complete investigation."

Below is my correspondence to Mr. Davis of moments ago, together with a sworn declaration from my client. We demand an immediate FBI investigation into the allegations. Under no circumstances should Brett Kavanaugh be confirmed absent a full and complete investigation. pic.twitter.com/QHbHBbbfbE

Swetnick is a longtime government worker with active security clearances with the U.S. Department of Treasury and the IRS, according to the sworn statement. In the past, she has also worked at the Department of Homeland Security and the Justice Department.

Swetnick said in the statement that she knew Kavanaugh from his high school days and the early 1980s and interacted with him at many social events.

In the statement, Swetnick details how Kavanaugh and his friends would target girls at parties, "fondling and grabbing" them without their consent. She also revealed that Kavanaugh, his close friend Mark Judge and others tried to "cause girls to become inebriated and disoriented so they could then be 'gang raped' in a side room or bed room by a 'train' of numerous boys. She said she has "a firm recollection of seeing boys lined up outside rooms at many of these parties waiting for their 'turn' with a girl inside the room. These boys included Mark Judge and Brett Kavanaugh."

"In approximately 1982, I became the victim of one of these 'gang' or 'train' rapes where Mark Judge and Brett Kavanaugh were present. Shortly after the incident, I shared what had transpired with at least two other people. During the incident, I was incapacitated without my consent and unable to fight off the boys raping me. I believe I was drugged using quaaludes or something similar placed in what I was drinking," Swetnick said in the statement.

Kavanaugh released the following statement Wednesday: "This is ridiculous and from the Twilight Zone. I don't know who this is and this never happened."

Avenatti spoke on The View Wednesday morning, reiterating that his client wants a full FBI investigation into the allegations.

President Donald Trump took to Twitter to criticize Avenatti, calling him a "third rate lawyer who is good at making false accusations." But Avenatti was quick to respond back.

Avenatti is a third rate lawyer who is good at making false accusations, like he did on me and like he is now doing on Judge Brett Kavanaugh. He is just looking for attention and doesn’t want people to look at his past record and relationships - a total low-life!

“False accusations?” Like those crimes your fixer Cohen pled to? You are an habitual liar and complete narcissist who also is a disgrace as a president and an embarrassment to our nation. You are so inept that your “best and brightest” are Cohen and Giuliani. Let’s go.

During a news conference from New York, Trump again addressed the accusations against Kavanaugh, saying he will listen to what they have to say but brushed off their cases as "politics."

"This is a big con job. I would love to be in the room with the Democrats, close the door, where you guys are all away outside waiting, and Schumer and his buddies are all in there laughing how they fool your all. Let's just stop them - a big fat con," he said.

Two other women have come forward with allegations of sexual misconduct against Kavanaugh.

California professor Christine Blasey Ford also accused Kavanaugh of sexually assaulting her at a high school party. Deborah Ramirez came forward with accusations against Kavanaugh. Ramirez said in a story published Sunday by The New Yorker Magazine that Kavanaugh placed his penis in front of her and caused her to involuntarily touch it during a drunken dormitory party.

Kavanaugh has staunchly denied that he ever sexually assaulted anyone. His allies, including Trump, have cast doubt on the accusations.

Ford and Kavanaugh are expected to testify separately at a committee hearing on Thursday.

As part of Kavanaugh's defense, he released pages of his personal calendar from 1982 that he says show he did not attend the party where Ford said the assault happened. 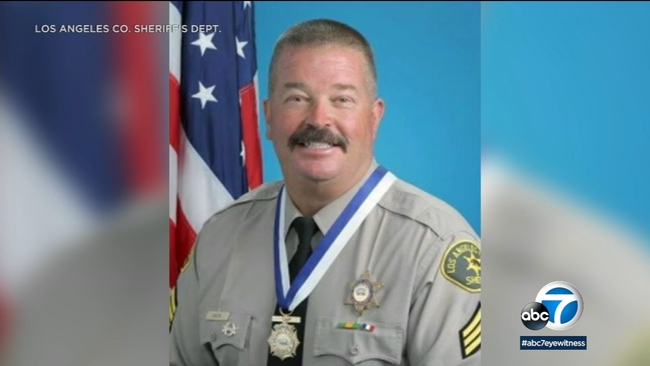