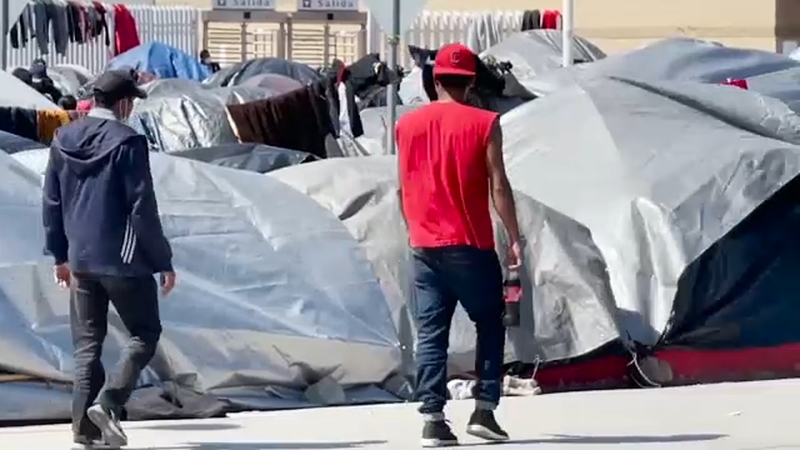 TIJUANA, Mexico (KABC) -- Hundreds of families from Mexico, Central America and other nations are stuck in encampments at the border in Tijuana as they attempt to seek asylum in the United States.

One such family spoke to Eyewitness News reporter Anabel Munoz, who visited the encampments with a legal aid organization.

The members of the family from Nicaragua say they are fleeing political persecution and violence in their homeland.

Their father was able to enter the United States, but four children - two of them adults and two minors - have been stuck at the border for a year. Their mother and another child are somewhere missing in Nicaragua.

RELATED: A firsthand look at the asylum-seekers camped on the U.S.-Mexico border
EMBED More News Videos

"The only thing we want is to be reunited with our father," said one of their sons.

Their father, speaking from Los Angeles, said he was attacked by the military - beaten, stabbed and left hanging from his arms - in 2017. That's when he knew he had to leave or risk getting killed the next time.

"Nobody should be going through this," he said. "Through the pain, the psychological trauma that the kids are going through. Me as a parent, I can't even sleep thinking about my kids every night, that something's gonna happen to them."