New Clippers arena is at center of Inglewood mayor's race 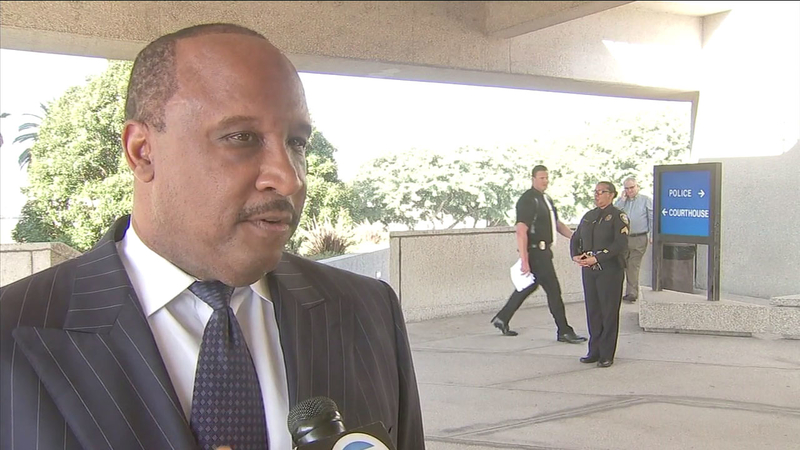 New Clippers arena is at center of Inglewood mayor's race

INGLEWOOD, Calif. (KABC) -- There's five candidates running to be Inglewood's mayor, but the race appears to be a two-man race between current Mayor James Butts and attorney and Pastor Marc Little.

"There's been over $700,000 dollars poured into a single candidate by a monolithic entity. That's unheard of," Butts said, referring to Madison Square Garden's contribution to Little's campaign.

Madison Square Garden owns the Forum. MSG sued the city in March, accusing it of misleading the company about the location of a proposed Clippers' arena in Inglewood.

"What I can tell you is I have a track record of 20 years of serving this community, caring about people and money is not going to change my heart," Little said.

The lease for the Los Angeles Clippers at Staples Center expires in 2024 and team ownership wants to build an arena in Inglewood.

Butts says a new arena, which he supports, has Madison Square Garden worried it could hurt business.

In August, the owner of the Clippers, billionaire Steve Ballmer, said, "We're moving to Inglewood come hell or high water."

The proposed site for the Clippers arena is at the corner of Century Boulevard and Prairie Avenue, less than a mile from The Forum.

The Clippers owner has donated $10,000 to Butts' re-election campaign and $365,000 to an independent expenditure supporting Butts.

In a statement, the Clippers said, "We are proud to support him and the community in a race where Inglewood's interests are being pitted against New York-based commercial interests that are spending more than $1 million to stage a coup at City Hall."

Little said MSG is supporting him because he's the better candidate.

Butts, who has been mayor since 2010 and brought the football stadium to town, says MSG is only supporting Little because he's against the Clippers' arena project.

"They want to control the entertainment dollar here in the city of Inglewood. That's just not going to happen. If you have a development agreement with a Vons, that's not going to prevent a Ralph's from coming into the city," Butts said. "For the Clippers arena to be where it is versus right across the line in Hawthorne would make no difference."