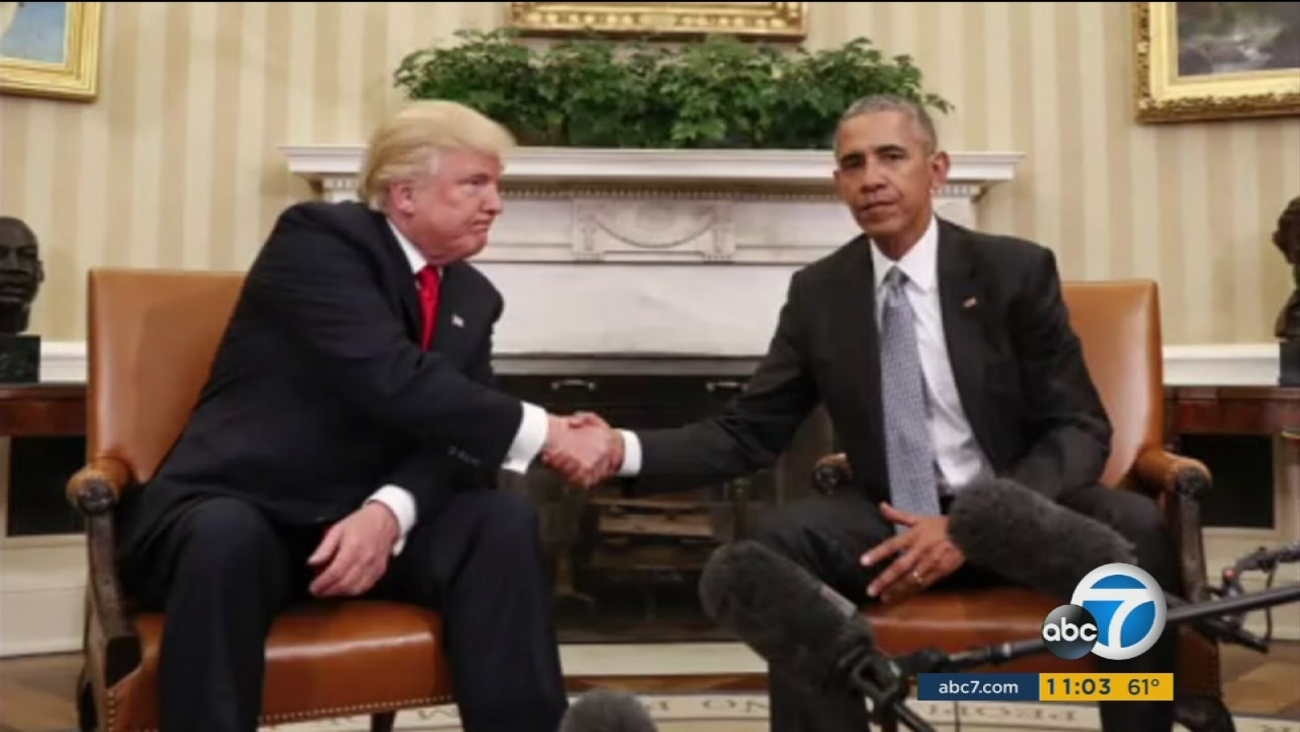 Donald Trump and Barack Obama meet at the White House in an undated photo. (KABC)

WASHINGTON -- The top two senators on the intelligence committee say they have seen no indication that Trump Tower was "the subject of surveillance" by the U.S. government before or after the 2016 election.

President Donald Trump accused former President Barack Obama of wiretapping him and asked congressional committees investigating Russia's interference in the election to pursue that as well.

Republican Sen. Richard Burr and Democratic Sen. Mark Warner issued a joint one-sentence statement and did not elaborate. The two senators are leading one of three congressional investigations into Russia and the presidential election. The probes include looking into Trump associates' contacts with the Kremlin.

In response to Trump's claims, the Justice Department is doing its own review of whether Trump or any of his associates were the subject of surveillance.
Related topics:
politicsdonald trumpgovernmentu.s. & worldsurveillancepresident donald trumpbarack obama
Copyright © 2020 by The Associated Press. All Rights Reserved.
More Videos
From CNN Newsource affiliates
TOP STORIES