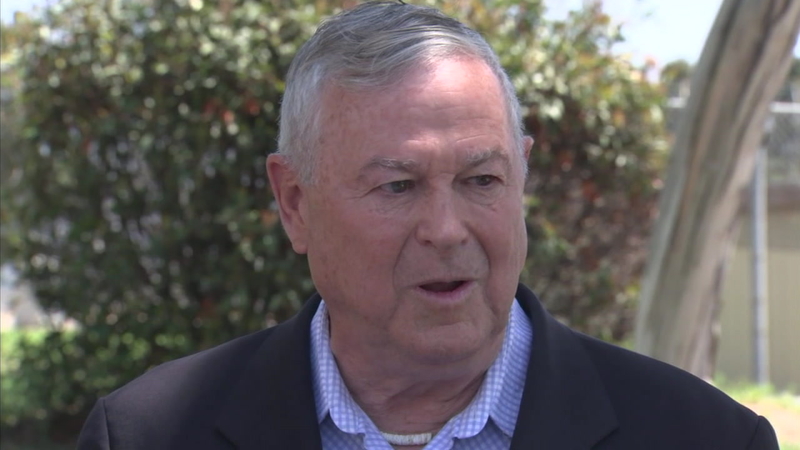 Rohrabacher toured the James. A Musick Detention Center and commended ICE for securing the border.

It comes after House resolution 990 passed, supporting ICE's work as 133 Democrats voted present and 34 voted no. Some called it a political stunt after calls to abolish the agency.

"Whose side are they on if they're not on the side of our protectors?" Rohrabacher said. "This is a disgrace. It's an insult to these people that I've visited today who are doing such a good job."

Eight Democrats took their own tour of a detention center and border patrol processing center in Texas, where officials said family reunification is taking place.

ICE became a target of outrage after the Trump administration enforced its zero-tolerance policy, which separated children from their parents caught crossing the border. U.S. Customs and Border Protection enforced the policy.

"President Trump will be known now for taking children away from their parents. I am desperately concerned that many of the children who have been separated from their families may never find their way back home," Rep. Karen Bass said.

Rohrabacher, who is up for re-election, said he wanted to make sure detainees were being treated humanely.

He was asked how to describe separating immigrant families.

"Anybody who gets to the United States and is trying to cross the border illegally with their family should be sent back immediately," he said.

Rohrabacher got heated with reporters when asked about a week of new concerns and criticisms of President Donald Trump and his handling of Russia's attack on the 2016 election.

"You guys should be ashamed of yourself by trying to focus away from something that is very important to our security and safety of our families and draw it back to Russia," he said.
Report a correction or typo
Related topics:
politicsirvineorange countyimmigration reformrussiaicecongressinvestigationimmigration
Copyright © 2021 KABC-TV. All Rights Reserved.
More Videos
From CNN Newsource affiliates
TOP STORIES