Trump criticizes California's handling of wildfires, says 'they don't listen to us'

KGO
By Kayla Galloway
SCRANTON, Pa. -- During his remarks in Pennsylvania Thursday, President Donald Trump addressed the California wildfires, which have burned hundreds of thousands of acres statewide.

During his speech in Scranton, Pa., Trump said, "I've been telling them this now for three years, but they don't want to listen," referencing California.

The president then threatened the state over its handling of the crisis.

RELATED: Here's what you need to know about all the fires burning in the Bay Area

"Maybe we're just going to have to make them pay for it, because they don't listen to us. We say you got to get rid of the leaves," Trump said.

Trump referenced the wildfires as "forest fires," though much of the burned land is in suburban regions of the Bay Area, like Vacaville in Solano County and parts of Napa and Sonoma counties.

The LNU Lightning Complex fires have burned a collective 131,000 acres, according to latest estimates from CAL FIRE.

That fire is burning in Napa, Sonoma, Solano, Lake and Yolo counties.

The state's largest fire is the SCU Lightning Complex Fire, which stands at just more than 137,000 acres.

More than two dozen major fires are burning in the state following a lightning siege over the weekend.

The Associated Press reports there are more than 10,000 firefighters on the front lines of the fire fight - some working 72-hour shifts rather than 24 hours.

Trump's remarks Thursday come as Democrats prepare for the final day of their virtual national convention.

The president's event in Pennsylvania was in candidate Joe Biden's hometown, where the former vice president grew up.

As if the call to evacuate wasn't scary enough, the road out was harrowing. One evacuee in Winters, Calif. recorded this as he drove through the fire while evacuating. 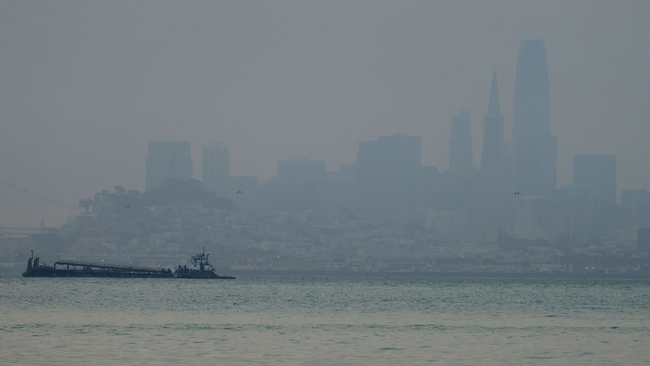 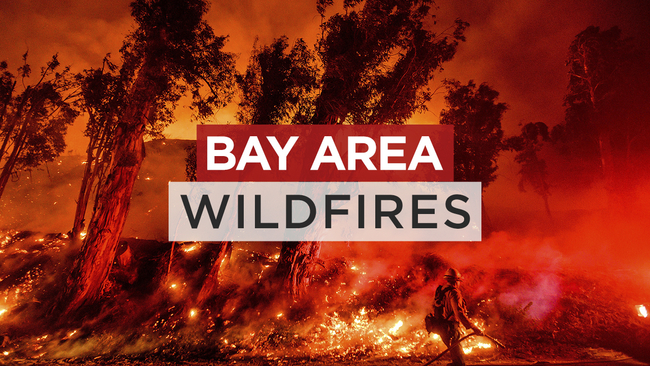