Investigation underway after 2 men killed in apparent shooting in Pomona 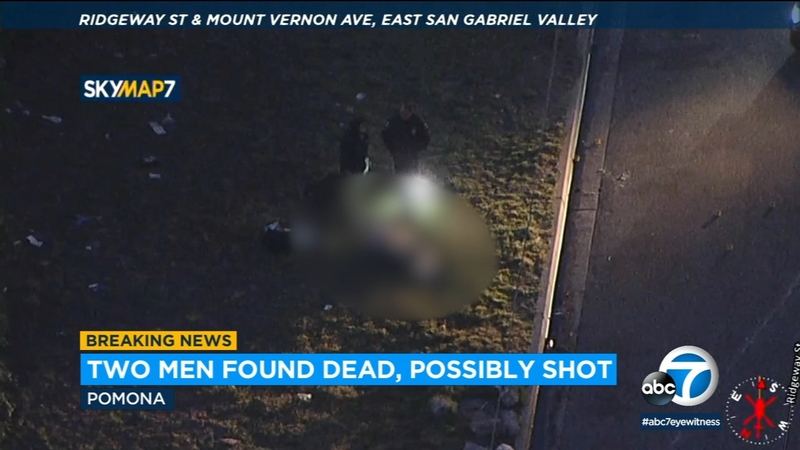 POMONA, Calif. (KABC) -- An investigation is underway after two men were killed in an apparent shooting in Pomona.

Officers responded to the 200 block of Ridgeway Street regarding a person lying in the street early Wednesday morning, according to the Pomona Police Department. Officers found one man who appeared to have been struck by gunfire and another man several yards away, also with gunshot wounds.

Both victims, who have not been identified, were pronounced dead at the scene.

Police believe the shooting happened around 10:30 p.m. Tuesday. A suspect or possible motive in the incident was not immediately known.