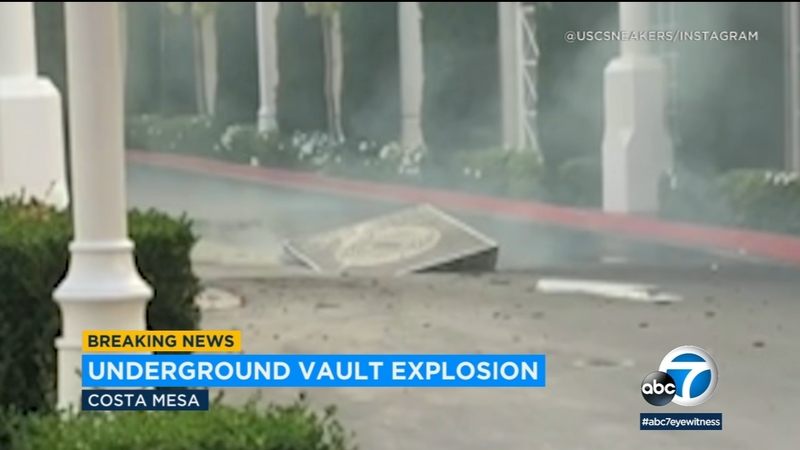 COSTA MESA, Calif. (KABC) -- Black Friday shoppers got more than they bargained for at South Coast Plaza in Costa Mesa.

An underground electrical vault exploded causing a power outage in part of the mall Friday at 2 p.m.

Smoke and a fiery explosion coming from a manhole were captured on video.

Mall officials said the partial power outage was caused by SoCal Edison equipment affecting one area of the center.

"Power has been restored to a part of South Coast Plaza that experienced an outage. We are thankful to Southern California Edison for their speedy and efficient work on the issue and to the Costa Mesa Fire and Police Departments for their assistance," said Debra Gunn Downing, spokeswoman for South Coast Plaza.

A video posted on Twitter showed mall officials keeping people away from the area.

There were no injuries reported and the mall remained open.

#CMFR responded to South Coast Plaza just before 2:00pm for a reported electrical vault explosion. @SCE is on scene working to fix the issue. No injuries reported & CMFR has cleared the scene.