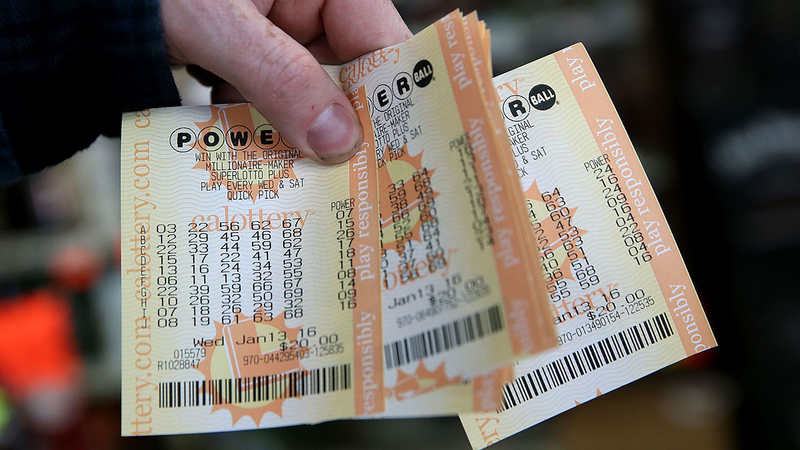 COMPTON, Calif. (CNS) -- A ticket with five numbers, but missing the Powerball number, in the latest multi-state Powerball lottery drawing was sold at a liquor store in Compton and is worth $2,581,768.

The ticket was sold at a store on El Segundo Boulevard near Santa Fe Avenue.

There were two other tickets sold with five numbers, but missing the Powerball number, one in Illinois, the other in North Carolina. They are both worth $1 million, according to the Multi-State Lottery Association, which conducts the game.

There were no tickets sold with all six numbers and the estimated jackpot for Saturday's drawing is expected to grow to $457 million.

The drawing was the 32nd since a ticket with all six numbers was sold.

The odds of matching all five numbers and the Powerball number is 1 in about 293 million, according to the Multi-State Lottery Association. The overall chance of winning a prize is 1 in 24.87.

The Powerball game is played in 45 states, the District of Columbia, Puerto Rico and U.S. Virgin Islands.

Each jackpot starts at $40 million, but how does it grow to hundreds of millions or more?