President Biden's cabinet lauded as one of most diverse in history 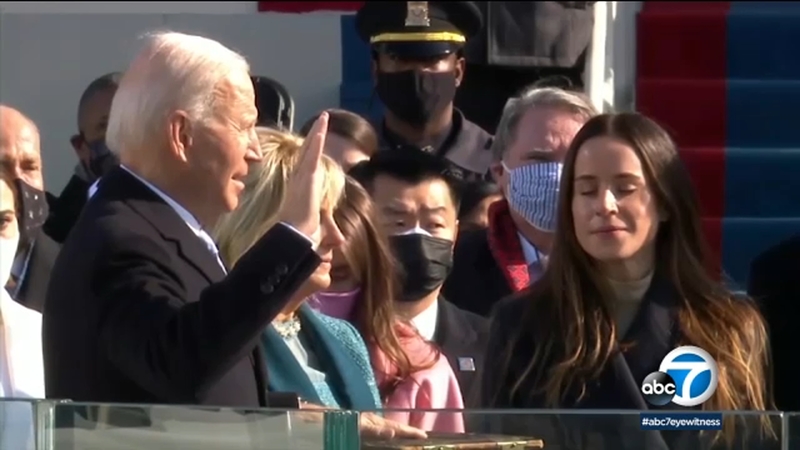 Biden's cabinet lauded as one of most diverse in history

Biden's cabinet includes a record number of women and women of color.

"We have Janet Yellen, Lloyd Austin, Deb Haaland, we're talking about an African-American woman, talking about the first woman to be tapped for the Department of Treasury," said Ricks.

Bonnie Abaunza is a human rights activist. The Los Angeles native worked with the Obama-Biden Administration on the issue of sexual assault on college campuses.

"I ran the impact campaign for the Hunting Ground, which focused on the crisis of campus sexual assault in the United States. The Obama-Biden Administration made an important decision to launch the campaign called 'It's On Us' because they wanted protection of Title IX. They wanted to make sure to tackle this crisis," she said.

Abaunza is optimistic of the Biden-Harris Administration.

"He has shown us, all of us people of color, women, men, LGBTQ people, that he cares about what we think, and I think that is reflected with his choices," said Abaunza.

"If I'm not mistaken, Joe Biden is the first president, during a inauguration speech, that mentioned white supremacy. We cannot solve a problem unless we identify the problem."