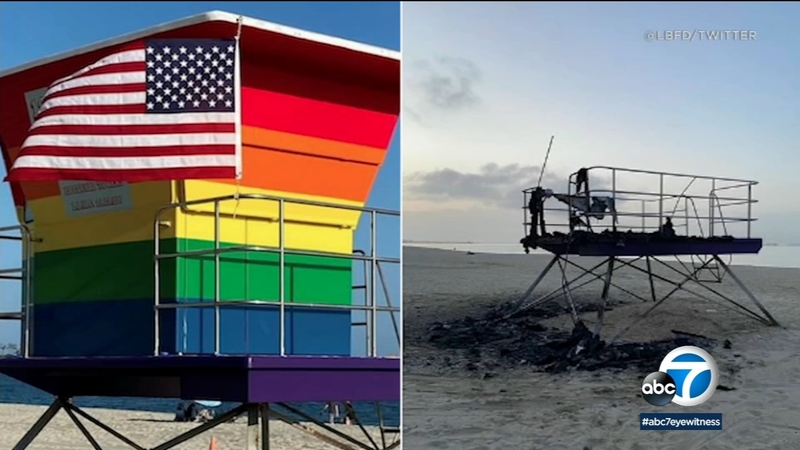 LONG BEACH, Calif. (KABC) -- Plans are already in the works to get a new rainbow-colored lifeguard tower in Long Beach after the original was destroyed in a fire earlier this week.

A new tower, which will be built by Industrial Design Research, Inc., is expected to be delivered in about six weeks though it typically can take several months to produce one, according to a statement from the city.

"After that, our Lifeguards will paint it in Pride colors, symbolizing strong support for the diversity within ranks of the Fire Department Marine Safety Division and the LGBTQ community who call Long Beach home," the statement said.

Though the cause of the fire is still under investigation, Mayor Robert Garcia tweeted in the immediate aftermath of the fire that he personally has "little doubt this was an act of hate."

"To whoever committed this act, we will rebuild it better and brighter," Garcia also said in his tweet.

Officials say any money raised through community crowdsourcing will be used to support the LGBTQ community.