Statewide, there are 113 CDCR employees and 166 inmates who've tested positive for COVID-19.
KABC
By Lisa Bartley 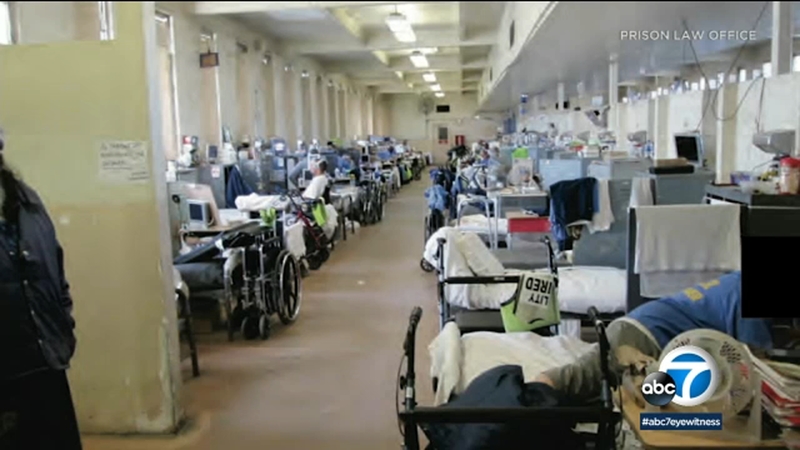 Few of 3,500 CA prisoners released early were tested for COVID-19

CHINO, Calif. (KABC) -- In the last month, 3,500 non-violent California state prison inmates were released early to ease overcrowding behind bars, including Joey Andersen who was serving time at the California Institution for Men in Chino.

"It really weighs heavy on my conscience, because this is a deadly virus," says Andersen. "It's something I'm going to have to live with."

Andersen was out for eight days and living in Northern California with a family friend before health officials there asked him to be tested. Andersen, who says he had no symptoms either before or after his release, learned then he was positive for COVID-19.

"So, when the test came back positive, I was really shocked and upset about it," Andersen tells Eyewitness News. "My biggest concern is how many people did I come into contact with who may have the virus now because of me and me not knowing I had the virus?"

The California Department of Corrections tells Eyewitness News that any inmate released from a quarantined unit, including Andersen, was given "instructions to self-isolate through their required quarantine period and were provided facial barriers to wear while in-transit to his county of release."

The CDCR could not tell us how many of the 3,500 inmates released early were tested for COVID-19 prior to their release.

"The testing protocol at the time was to test inmates who were displaying COVID-19 like symptoms," says CDCR Press Secretary Dana Simas.

Simas says plans are in the works to ramp up mass testing for all inmates being released from state prisons, but like so many other agencies, the CDCR is having trouble getting enough tests.

One inmate from the prison died last week from what appeared to be complications related to COVID-19.

"Basically, everyone is scared because people are dying," says inmate John Blagg who is serving time at the prison in Chino. "We don't deserve to live, that's basically how we feel."

Blagg was sentenced to six years in prison for a DUI with great bodily injury.

"I accept that, but not now -- this is a death sentence for me," says Blagg.

The CDCR has just set up new, temporary housing at the prison that will hold sixty inmates and attempt to increase physical distancing.

Andersen, meanwhile, is quarantined in a hotel room hoping he did not infect anyone else.

"If somebody were to pass away because of me being naive of what I have, that would really, really mess me up inside mentally knowing that could have been prevented if I would have just got tested at the prison," says Andersen.