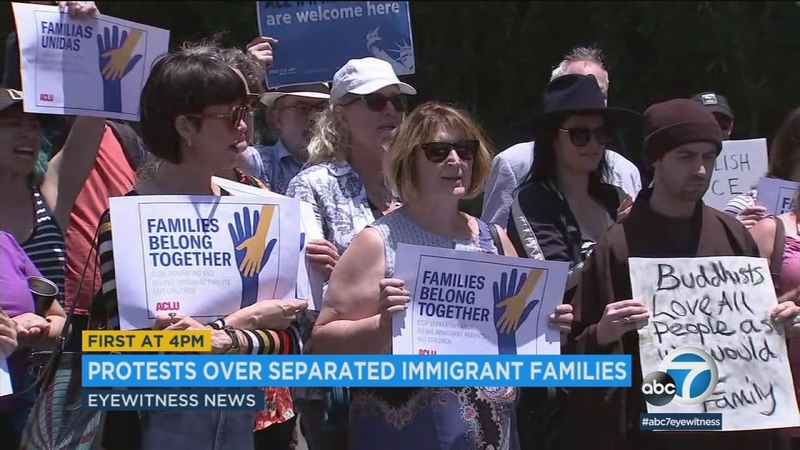 LOS ANGELES (KABC) -- A small crowd of demonstrators gathered in downtown Los Angeles on Friday to protest a federal policy that is currently separating immigrant families who have illegally entered the United States.

Organized by People Power, an activist group sponsored by the American Civil Liberties Union, protesters picketed and chanted "Families belong together" in front of the Roybal Federal Building.

Meanwhile, roughly 700 immigrant children have been separated from their parents since October, according to the U.S. Department of Health and Human Services.

"They're entering at the border asking for asylum," People Power activist Rebecca Meiers-De Pastino said. "The idea that they're criminals and that they're unfit parents is absurd."

Homeland Security Secretary Kirsten Nielsen has argued that the separation policy is no different from how American children are often taken to shelters when their parents are detained.