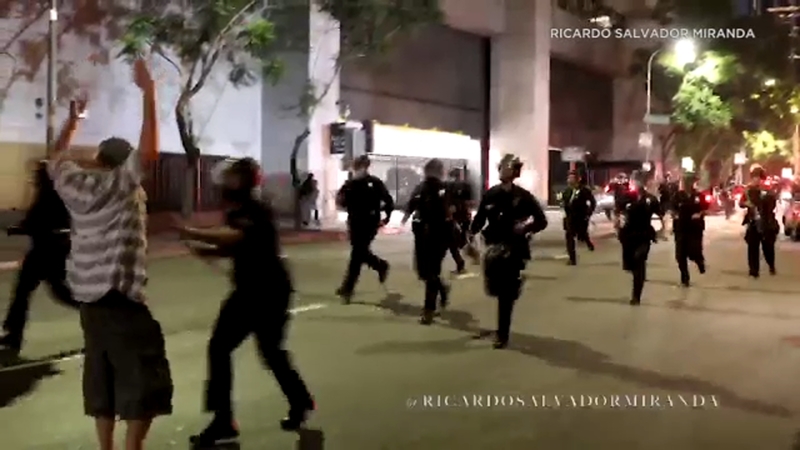 Video shows police knock down man amid protest in LA

LOS ANGELES (KABC) -- A newly-released video shows a man with his hands up being knocked down by police during Wednesday night's protest in Downtown Los Angeles.

He's then seen lying on the ground, in pain, holding his wrist.

This all happened when the crowd was inside a tunnel on Third Street between Flower and Hope streets. They were boxed in by police.

That man was later seen being led away by police in handcuffs.

LAPD officers faced off with protesters in downtown Los Angeles after they were seen spray-painting and blocking streets.