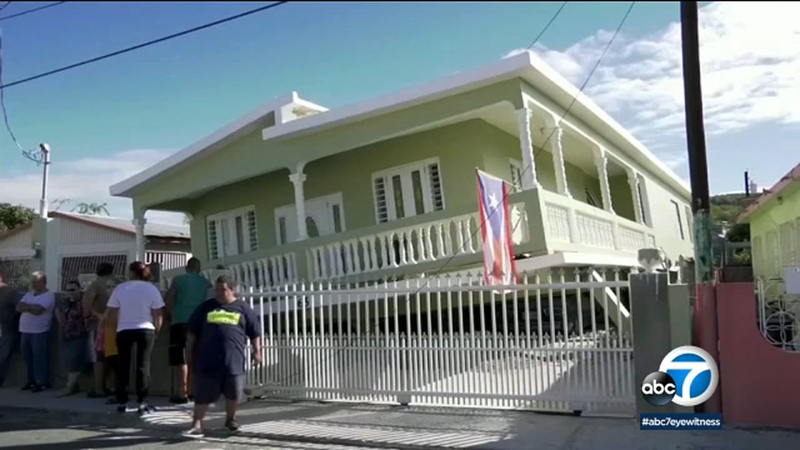 At least four members of California Task Force 5, a Federal Emergency Management Agency urban search-and-rescue team based in Orange County, were on their way to Puerto Rico on Thursday to help with rescue efforts in the aftermath of a magnitude-6.4 earthquake.

The deployment was approved by Gov. Gavin Newsom after a request from FEMA.

The quake struck before dawn on Tuesday, killing one person and injuring nine others.

More than 2,000 people are in shelters. Nearly one million are without power. Hundreds of thousands are without water.

Many in the affected area are comparing the situation to Hurricane Maria, a Category 4 storm that hit in September 2017, as hundreds of families who are unable to return to their damaged homes wonder where they'll stay in upcoming weeks and months as hope fades of electricity being restored soon.

"We have to remain outside because everything inside is destroyed," said 84-year-old Brunilda Sánchez, who has been sleeping outdoors in a government-supplied cot in the southwest coastal town of Guánica. "We don't know how long we'll have to stay here."

U.S. President Donald Trump declared an emergency in Puerto Rico several hours after Tuesday's quake hit, a move that frees up federal funds via FEMA for things ranging from transportation to medical care to mobile generators.