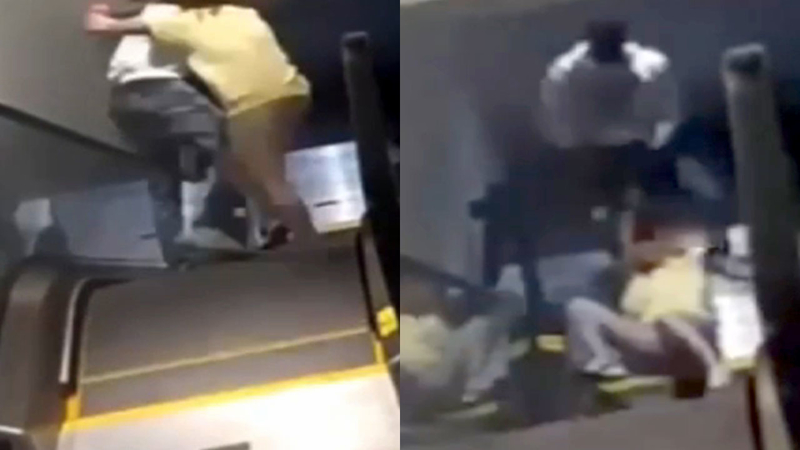 HOUSTON -- Video released Tuesday is giving a disturbing look at a purse-snatching inside the Galleria involving a robber dragging the victim down an escalator.

The robber approaches the woman as she rides the escalator at the Saks Fifth Avenue. He then drags her across the floor as she holds on to her bag.

The suspect then got into a burgundy-colored four-door Buick and fled the scene.

An off-duty Harris County Sheriff's Office deputy working an extra job at Saks reported the incident, which happened on Oct. 24.

According to officials, the woman was apparently followed as she left a Bank of America in the 5100 block of San Felipe after withdrawing cash.

She parked in the Galleria's purple garage and rode the escalator from the garage up to Saks.

Officials say a woman in front of the victim on the escalator asked her a question, distracting her. That's when the man grabbed the victim's Chanel purse and tried to cut it off.

The victim's family says she was injured, suffering scratches and bruises.

Saks Fifth Avenue has said it is not commenting on the ongoing investigation at this time.