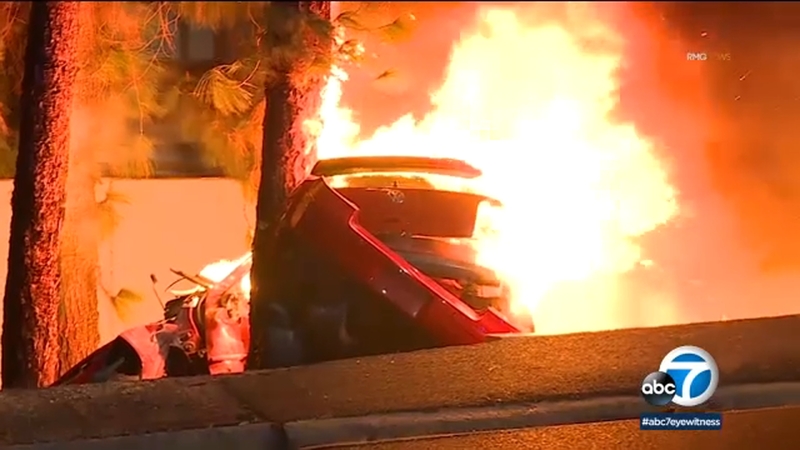 NORTH HILLS, Calif. (KABC) -- One person is dead after a pursuit came to a fiery end in North Hills early Friday morning.

The incident happened overnight near the Roscoe Boulevard exit from the 405 North.

The coroner says the driver in the car died.

Crews were able to put out the fire that spread to nearby trees.

A CHP officer involved was also hurt. She appeared to be alert and was taken to the hospital.