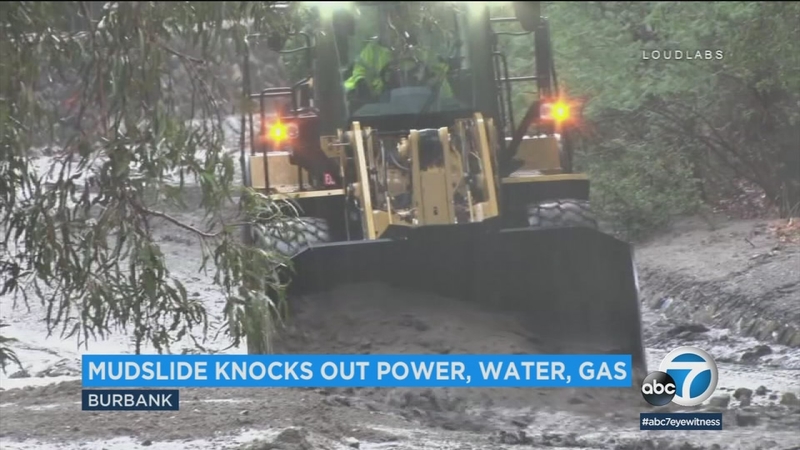 Some evacuation notices were lifted while others remained in effect Tuesday for multiple communities throughout Southern California charred by the wildfires amid heavy downpours from a storm moving across the region.

Mandatory evacuation orders were lifted for about 180 homes in burn areas of Duarte, but rain-related parking restrictions were still in place.

Orders have also been issued for parts of Santa Barbara County, the Ojai area in Ventura County and canyon areas in the northeast San Fernando Valley. Voluntary evacuations were ordered for parts of Corona.

Forecasts downpours and flooding came to fruition Tuesday during first significant storm of the rainy season.

Homeowners in any recently burned area were advised to take precautionary measures, such as stacking sandbags and using K-rails, to divert the flow of water and any mud.

The Corona Fire Department said Wednesday that the majority of the evacuations, which were issued Tuesday night for areas burned by the Canyon Fire, have been lifted.

The following neighborhoods have been impacted by mudflows and remain closed and under mandatory evacuation: San Ramon Drive & San Alvarado Circle. Road closures will remain in place for these areas.

An evacuation center is available by the Red Cross at Corona High School, 1150 W. 10th St.

Information for Corona residents is available through a city hotline: (951)817-5800 or online here.

Anyone in need of temporary shelter can call 951-817-5800. Temporary boarding for pets will be available at the Corona Animal Shelter, 1330 Magnolia Ave.

The city of Duarte on Tuesday morning lifted mandatory evacuation orders for homes in the Fish Fire burn area.

An evacuation center was closed after being established by the Red Cross at the Duarte Community Center.

Long Beach is offering sand and sand bags for residents to help protect their homes. Officials note it is illegal to take sand directly from the beaches.

Empty sand bags are available at all neighborhood fire stations and at the Beach Operations building located at 2100 E. Ocean Boulevard (enter through Junipero Avenue).

Residents were still required to show identification on reopened roads.

Residents living between the 8300 block of La Tuna Canyon Road and the 8800 block were evacuated, which affected about 23 homes.

Voluntary evacuations were issued for residents on the south end of La Tuna Canyon Road,

The Hansen Dam Equestrian Center, which has in the past been used to shelter evacuated animals, was closed for the rain.

Kagel, Lopez and Little Tujunga canyons were the first areas to be under mandatory evacuations amid mudslide concerns for multiple burned regions in Los Angeles and Ventura counties.

Evacuation orders were issued Sunday night for areas in Santa Barbara County which were affected by the Thomas, Whittier, Sherpa and Rey fires.

A mandatory evacuation order was issued for unincorporated county areas that include Montecito, Summerland and Carpinteria including all areas north of Hwy 192, east of Cold Springs Road, and west of Hwy 150/the county line. Other areas include Romero Canyon, Tecolote Canyon, Eagle Canyon, Dos Pueblos Canyon, Gato Canyon, and the Whittier burn areas near Goleta.

A voluntary evacuation warning was issued for all areas south of Hwy 192 to the ocean and east of Hot Springs Road/Olive Mill Road to Hwy 150/the county line.

More information on the Santa Barbara County evacuations and shelters is available here.

In the Ojai area, mandatory evacuations were ordered for residents of Matilija Canyon to North Fork and Wheeler Gorge. Residents were advised to leave immediately as significant rainfall was expected that could lead to mud and debris flows.

Highway 33 is closed in Ojai north of Fairview Road to Rose Valley Road, according to the CHP.

For many residents who live in that area, that road is one of two main routes in and out of town. The other is Highway 150.

"It's everything. We are very closed off if we don't have those roads," said Tammy Bernardi, a local business owner.

An evacuation center was set up at the gymnasium of Ventura City College, 4667 Telegraph Road.

An evacuation shelter was opened at Westwood Recreation Center, 1350 S. Sepulveda Blvd., Los Angeles in anticipation of debris flow in areas near the Skirball Fire burn. The shelter can accommodate pets.