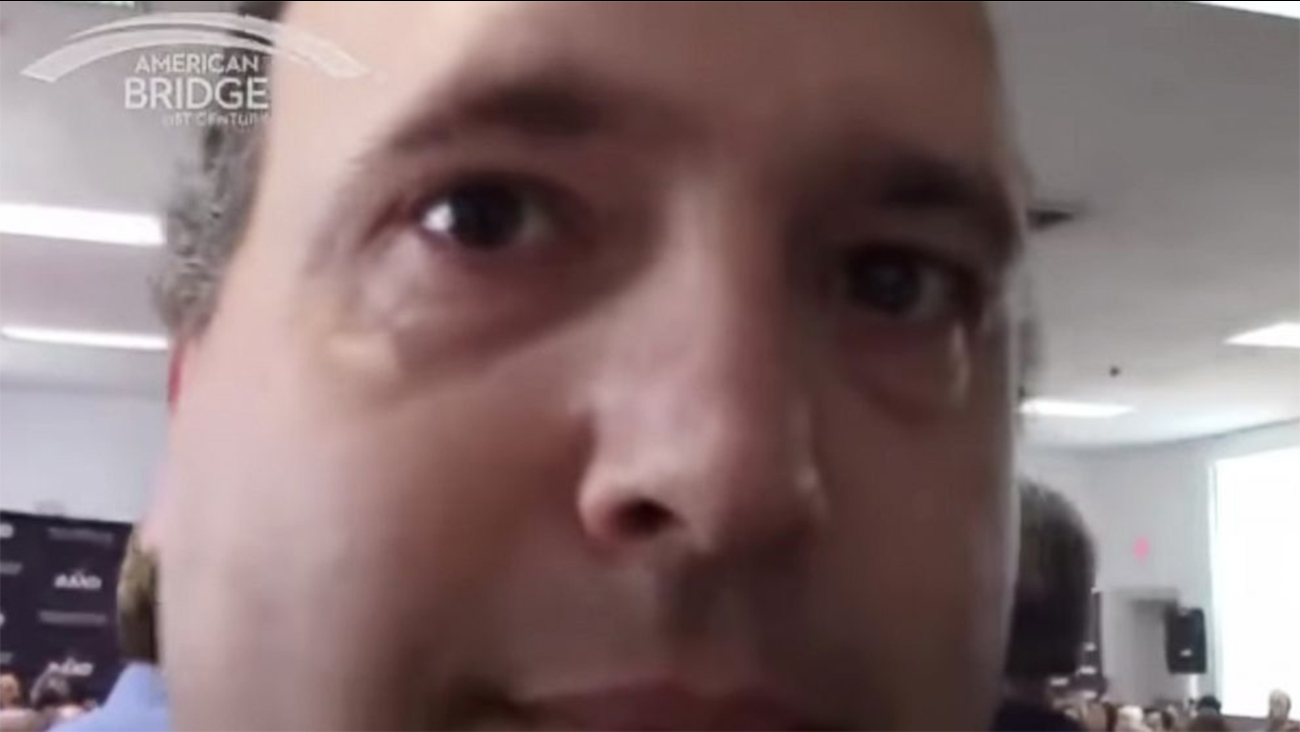 A Rand Paul campaign staffer is seen before he licks the lens of a camera while Paul speaks in a video uploaded to YouTube on May 11, 2015. (American Bridge 21st Century/YouTube)

A tracker working for the Democratic opposition got a gross tongue-lashing while attending a Rand Paul campaign event in New Hampshire when a staffer licked his camera lens while trying to record Paul's speech.

ABC News reports that a campaign staffer for the Republican presidential candidate licked the camera lens of a tracker from the Democratic research super PAC American Bridge 21st Century who was trying to record the event.

Trackers are hired by opponents and opposition groups to record everything a candidates says or does.

I prepare our trackers for a lot of things. I do not prepare them for being licked by Rand Paul’s operatives: https://t.co/4YejNPoEQ1

The group's communications director, Ben Ray, said he's never seen anything like this before.