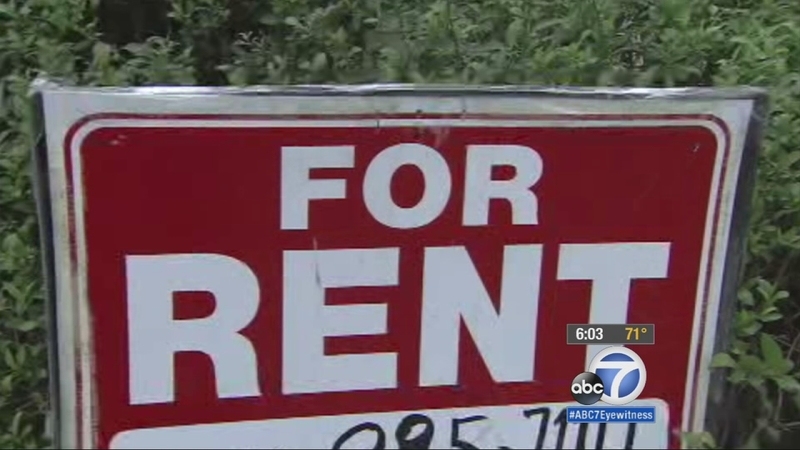 Report: Rent in California is increasing, higher than national average

LOS ANGELES (KABC) -- A not so surprising statistic released in a new report: Californians are paying more for rent than the average American.

According to the report, released by apartmentlist.com, the median rental price of a one-bedroom apartment in California in March was $1,350 -- 43 percent more than the national average. And that number is rising.

"It's pretty brutal," said Ben Bednarz, who is currently looking for an apartment in the Los Angeles area.

The report found the median cost of a one-bedroom apartment in California increased by 6.5 percent in the last year.

"I could go to Nebraska and I could just buy a house for $200,000, and a pretty big house probably too, but, you know, then I would have to live in Nebraska," Bednarz said.

The report also looked at the priciest cities and ranked them by the average cost of one- and two-bedroom apartments.

San Francisco topped the list of the 10 most expensive cities in California:

The report also found that Americans are renting at the highest rate in 25 years.

According to Chancela Al-Mansour, the executive director of the Housing Rights Center in Los Angeles, the amount of available apartments in Los Angeles is not meeting the increasing demand.

"You have a lot of people who are staying in the rental market who may have gone toward the purchase market instead," said Al-Mansour, attributing the increasing amount of renters to the 2009 mortgage crisis.