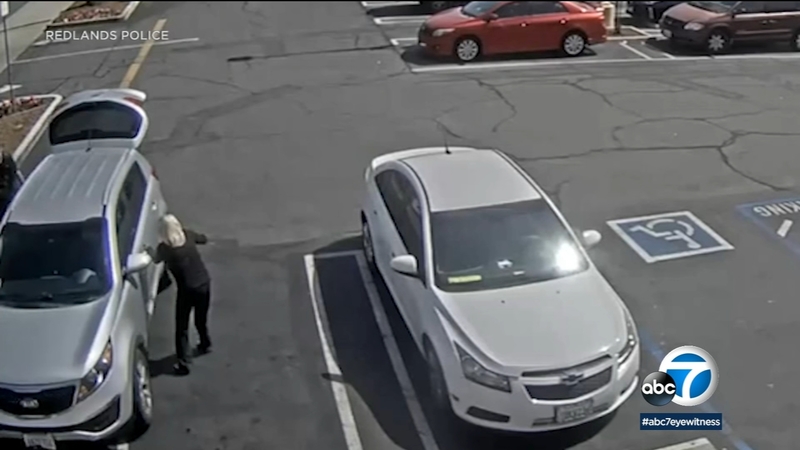 REDLANDS, Calif. (KABC) -- A suspect wanted by police for allegedly carjacking an 81-year-old woman at a Stater Bros. parking lot in Redlands has been arrested.

The incident happened Monday afternoon in the parking lot on Colton Avenue.

The woman was there to hand out meals to homeless individuals in the area, according to investigators.

While she was handing out food, police said 24-year-old Roberto Carlos Sanchez Jr. forcefully took the woman's keys and got into the driver's seat of her car.

Video released by police shows him driving away while the woman held onto the driver's door.

The woman fell to the ground but was not hurt.

Police said Sanchez was arrested Wednesday night after a Los Angeles police officer spotted the carjacked vehicle in a parking lot in the 500 block of E. 11th Street.

He was arrested for possession of a stolen vehicle.

Sanchez was sent to the West Valley Detention Center in Rancho Cucamonga where he is being held on a $250,000 bond. He's now facing carjacking and elder abuse charges.