1 killed, 3 hurt after being swept by waves in Redondo Beach 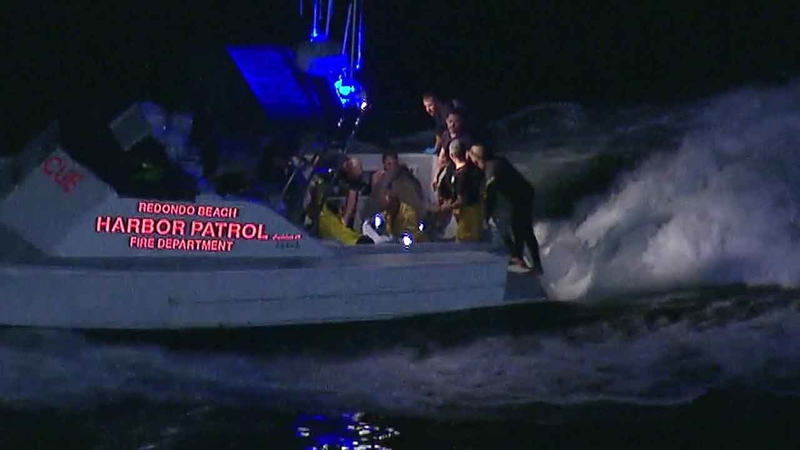 1 killed, 3 hurt after being swept by waves in Redondo Beach

REDONDO BEACH, Calif. (KABC) -- One man was killed and his three companions injured when powerful waves knocked them off their feet and into the ocean in Redondo Beach Wednesday night as high surf pounded the coast.

Harbor Patrol officers rushed to King Harbor around 11:15 p.m. after witnesses reported people in the water calling for help. They were able to pull two men and two women from the waves at the base of the jetty, but one man was pronounced dead at the scene.

The three others were transported to Harbor-UCLA Medical Center in serious condition.

One patrol officer fell into the water during the rescue but he was not hurt.

Chief Mark Winter of the Redondo Beach Fire Department said the four victims were out on the break wall when they were washed off the jetty.

"I saw the guy in between the rocks yelling for help, and then I realized what had happened. Big waves were coming over the water breaker and I knew they got knocked off," witness Jaime Derry said.

The male victim has not been identified pending notification of next of kin.

A high surf advisory was issued Wednesday and is in effect through Thursday night. Beachgoers are warned of dangerous waves from 8 to 12 feet, rip currents and possibly minor flooding.