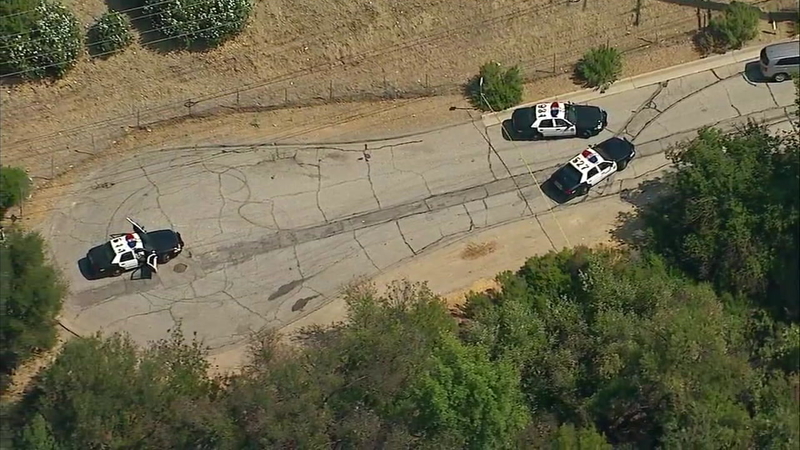 CALABASAS, Calif. (KABC) -- Homicide detectives are investigating the circumstances surrounding the skeletal remains of a man found on a hiking trail in Calabasas on Wednesday, officials say.

According to Los Angeles County Fire Department officials, Caltrans crews found the unidentified remains in the 25100 block of Calabasas Road at about 9:30 a.m.

The remains were said to be those of an adult male. A cause of death was not immediately known.

Investigators said they were processing the scene as if it were a crime scene, though initial evidence was limited.

According to investigators, the remains had been in the area for an extended period of time.

The discovery Wednesday marks the third time human remains have been found in the area over the past several months.

"There have been other individuals located that were victims of homicides over the past several months," said