LA can be entirely powered by renewable energy in 25 years, study says 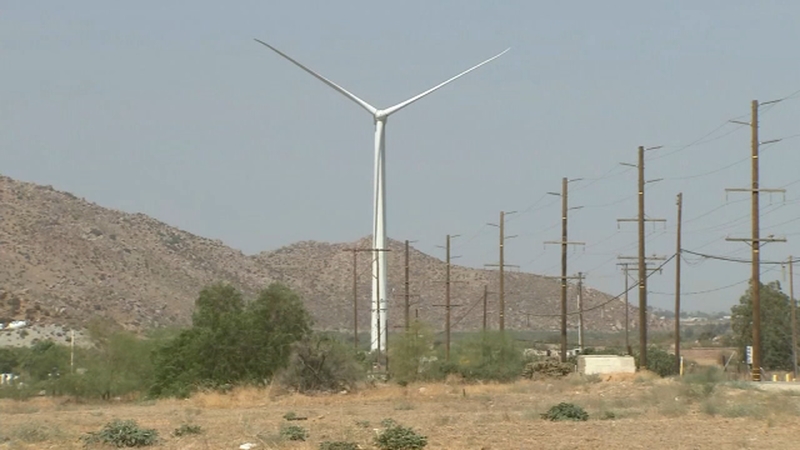 Study: LA can be entirely powered by renewable energy in 25 years

LOS ANGELES (CNS) -- A study released Wednesday found that Los Angeles can be powered entirely with renewable energy in the next 25 years without any significant disruption to people's lifestyles or the economy.

According to the study, the LADWP, which is the nation's largest municipal utility and provides power to more than four million people, can reach the city's goal of being entirely run by renewable energy by 2045 or sooner if it rapidly deploys wind and solar power, electrical storage and other technologies.

"This groundbreaking study will help put our city on the fast track to a 100% renewable energy future and provide a blueprint for an affordable, reliable, and sustainable system for cities around the world,'' Mayor Eric Garcetti said.

"With help of NREL's brilliant scientists, the LA100 study is proof that the clean energy transformation is not only possible, but preferable, for all those who want cleaner air, high-quality jobs, and cheaper utility bills.

As California continues its march toward renewable sources like solar and wind generated power, there is a substantial gap between the energy that we have available and the energy we need during a major heat wave.

"(The Department of Energy) invites all of America's cities and utilities to join the vanguard of this revolution, so that together we can tackle the climate crisis, create an economic renaissance, and help every community see and feel the benefits of a greener future,'' she said.

While researchers found that L.A. can reach entirely renewable energy by 2045, it also noted that the city can dramatically reduce its greenhouse gases, from 76% to 99% less than 2020 levels, by 2030 if the city begins to work toward these goals now. The study provides pathways for the city to reach these goals, and each one has a similar trajectory with 73%-92% of renewable energy generation coming from wind and solar resources.

Specifically, the study finds that:

-- rooftop solar will be a major component of creating local clean energy and using such technology on single-family and multi-unit dwellings would provide sizable savings for LADWP customers;

-- the transportation and building sectors' electrification offers the greatest potential for local public health benefits and reduced energy costs, and the greatest impacts would be seen in Los Angeles' historically disadvantaged communities.

"This study makes it clear that it's possible to achieve our goal while remaining true to the core principles of reliability, environmental stewardship, environmental justice, resiliency and affordability,'' LADWP Commissioner Cynthia McClain Hill said. That's critical, because our charge goes far beyond achieving 100% renewable energy. Our charge is to support our community by reducing carbon emissions in ways that build and uplift the quality of life for everyone.''

Marty Adams, the LADWP's general manager, said the utility will get to work right away.

"LADWP now has the tools and the road map to continue on the path to 100% renewables and we plan to start right away by developing a set of next steps ... we need to begin these actions as soon as possible so we can stay on track to get to 100% renewables.''

Adams, McClain Hill, Garcetti, City Council members and Granholm joined together virtually Wednesday morning to announce the study's results and express their hope that the plan becomes a blueprint for other cities across the nation.

"This study, what we're unveiling today, is a paradigm shift. This is a whole different moment now in the question of how do we get off fossil fuels,'' Councilman Mike Bonin said.

The study found that switching to renewable energy will likely have minimal impacts on the economy and jobs. In the worst-case scenario, according to USC economists' models, average annual job losses could total about 3,600 over the entire planning period, but the moderate scenario anticipates gains of about 4,700 jobs annually between 2026 and 2045.

Researchers project about 8,600 construction jobs annually for the city to build production and transmission facilities for wind, solar and geothermal power, and another 2,000 maintenance jobs from 2026-45.

"For various alternative technology scenarios examined in the study, there could be slight positive or negative impacts compared with the minimal compliance scenario, but the changes are small compared to the 3.9 million jobs and $200 billion in annual output in the L.A. economy overall and thus have an almost negligible impact,'' Dan Wei of the USC Price School of Public Policy said.

The study also found that zero-emissions technology would improve air quality and health, and that nitrogen oxide emissions would reduce by 86% to 95%. Additionally, emissions of fine particulate matter would reduce by 38% to 62%.

"The air pollution improvements would save lives and reduce pollution-induced illness. It would be noticeable, the sky would look cleaner,'' USC Viterbi School professor George Ban-Weiss said.

Councilman Paul Krekorian said he hoped the study would lay the groundwork for other U.S. cities.

"I hope that the tools that we produced here will be used by utilities across the country in a way that will have an impact on the global climate and will be truly transformative not just for Los Angeles but for the world. This is a great moment for Los Angeles, but as we do so often, make no mistake about it, Los Angeles is leading the country right now,'' he added.