Rolling blackouts: Does Southern California's renewable energy use make the region a victim of its own success? 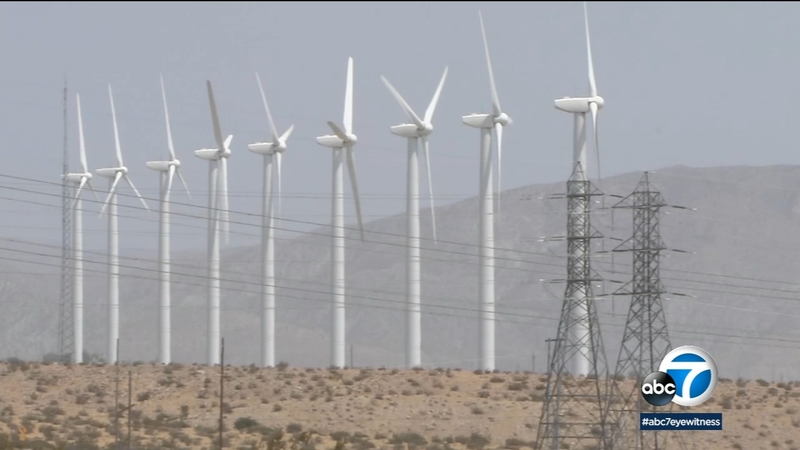 RIVERSIDE, Calif. (KABC) -- As California continues its march toward more renewable -- and cleaner -- energy sources like solar and wind generated power, there is a substantial gap between the energy that we have available, and the energy we need during a big heat wave like we experienced last week.

If the electric grid is pushed to the max, experts say renewable energy just isn't enough. Especially when the wind stops blowing, or when the sun stops shining.

"During these times when solar is gone, and wind may not be there, we need significant natural gas generator support." said Sadrul Ula, director of UC Riverside's Winston Chung Global Energy Center. "Natural gas, transition fuel, and so on."

But Ula said as California transitions away from fossil fuels, the companies that run natural gas plants have less incentive to invest the capital required to keep them up and running, especially as the state becomes less reliant on them.

"Who pays for the capital cost for them to not run if solar is there (instead)?"

Some Los Angeles neighborhoods are still without power as crews make progress in restoring power to affected customers.

The shortage in power became evident last Friday and Saturday, as CAISO implemented rolling blackouts across the state.

"We ended up not having enough natural gas plants to back up renewable energy."

Ula said the state will often attempt to import additional energy from other states to make up the difference. But during a heat wave extra power is scarce.

"Because of a long heat wave, the exporting states cannot export anymore," said Ula. "They need their own power."

CAISO is aware of the problem. In this year's "Summer Loads and Resources Assessment," the potential for a shortfall in electricity was explained in their executive summary:

"While the CAISO has a low probability of a system capacity shortfall, there is a material risk of shortfalls... particularly in the late afternoon when solar generation is near or at zero...."

Ula said there are obvious long-term solutions, such as building battery backup systems that can charge during hours when solar and wind power is prevalent, and discharge power onto the grid when renewable energy is not available.

"Battery storage for storing surplus renewable energy for use during peak afternoon demand is the best possible solution. However, it will take some time before large scale integration becomes practical due to both technology and cost issues."

Ula said one short-term solution would be to call for water utilities across the state, which he said use about 20% of all electricity statewide, to pump water to storage tanks during non-peak times.