Republican donors line up behind US Rep. Liz Cheney: 'We are moving beyond Donald Trump' 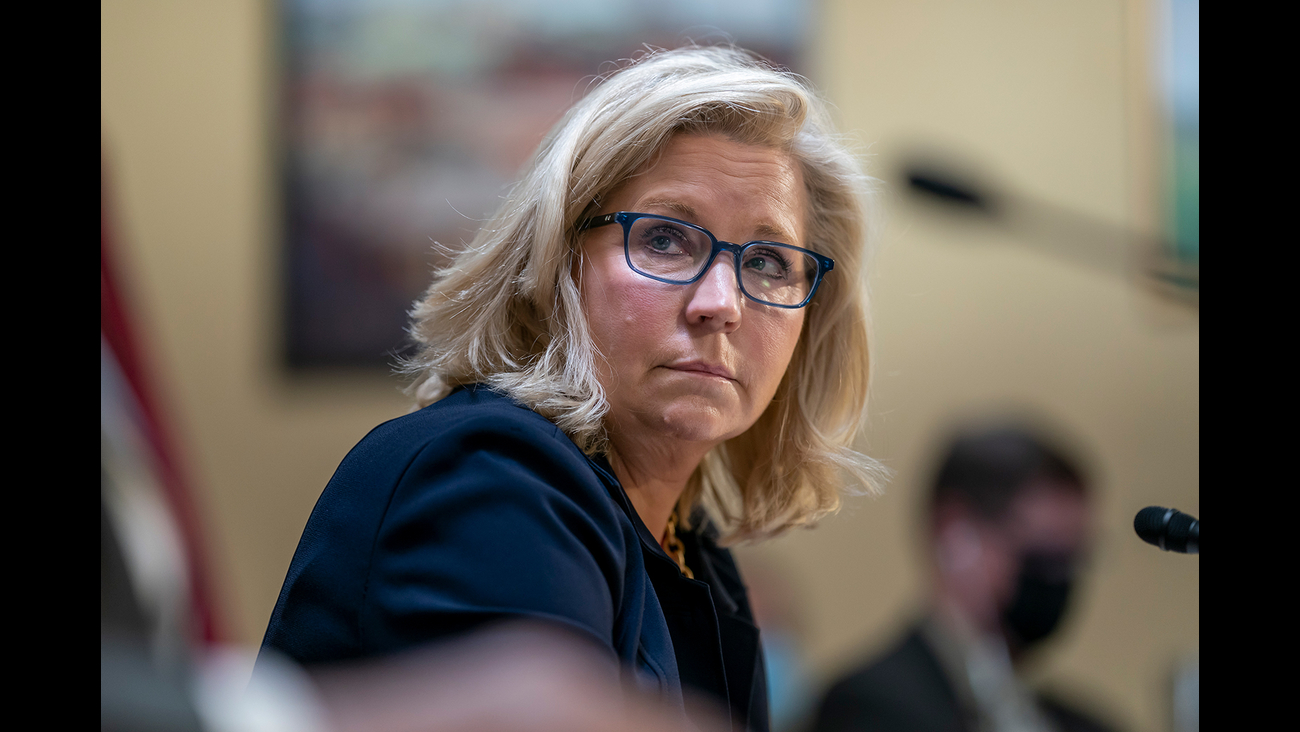 CNNWire
WASHINGTON -- Bobbie and Bill Kilberg were expecting a few dozen people for their fundraiser Monday for GOP Rep. Liz Cheney, an intimate cocktail party they were planning at their home in McLean, Virginia.

But in the weeks since the Republican National Committee voted to censure Cheney for her involvement in the ongoing House select committee investigation of the January 6, 2021, attack on the US Capitol, the couple was flooded with requests to come and meet the congresswoman and the event's special guest, Utah GOP Sen. Mitt Romney.

So many people RSVP'd yes that Monday's event was moved to another, larger venue, CNN reported. The Kilbergs finally had to cap the list of co-hosts when it hit 75.

The donor interest isn't all for Cheney's reelection bid for her House seat in Wyoming. More than two full years before the 2024 election, Cheney is emerging as the anti-Trump champion, and plenty of Republicans are glad to see it.

Kilberg and other allies insist Cheney remains focused on her reelection to the House this year, which includes a daunting primary challenge from her onetime adviser Harriet Hageman. Trump has endorsed Hageman, who has all but cleared the field of Republican challengers, and defeating Cheney remains one of the former President's top priorities in the midterm cycle.

But several Republicans have said it's not out of the question she could seek the GOP nomination for president if Trump runs again.

"Would it surprise me? Not even in the slightest," said Landon Brown, a state representative in Wyoming and one of the few elected Republicans there publicly backing Cheney in the primary.

Through a spokesman, Cheney declined to comment for this story.

Cheney's own activity suggests she is laying the groundwork for something more. Last year, she traveled to the early primary state of New Hampshire. She has been making speeches to national Republican organizations such as the centrist Ripon Society. And Cheney has demonstrated impressive fundraising prowess, including raising a personal record $2 million in the final quarter of 2021.

"People respond to people who are principled and who stand up and are their own person," said former Republican Rep. Barbara Comstock of Virginia, who is attending the McLean fundraiser.

Both George W. Bush and Romney, the two living Republican presidential nominees besides Trump, have raised money for Cheney's reelection effort, connecting her directly to their broad donor networks.

Among the others on the fundraiser's invitation are several luminaries of the pre-Trump GOP and veterans of past Republican administrations, including Cheney's parents, former Vice President Dick Cheney and Lynne Cheney, and her sister, Mary, and Mary's wife, Heather.

Cheney's alliance with Romney has drawn particular attention given his status as both an elder statesman and one of the most prominent elected Republicans to oppose Trump's influence on the party.

"That baton has passed to Liz. She is the one," said one Republican operative who has spoken with Cheney occasionally.

Despite her ouster from House GOP leadership last year, Cheney has enhanced her visibility in recent months. She has become a de facto spokeswoman for the anti-Trump wing of the party from her perch as the top Republican on the January 6 select committee -- a role that could elevate her further if the panel holds public hearings on its findings this year.

The RNC's censure last month of Cheney and Illinois Rep. Adam Kinzinger, the other Republican on the select committee, seems to have galvanized opponents and skeptics of Trump within the party to rally around Cheney. Comstock said that in the days following the censure, former RNC members and staff reached out to express their outrage about the move.

But any pursuit of a White House bid would depend on Cheney's performance against Hageman in the Wyoming primary on August 16. Given Trump's animosity toward the congresswoman, the full power of his political operation could be directed toward her. And Hageman and her allies have seized on Cheney's connections to powerful Republicans in Washington.

"As I have traveled throughout the state of Wyoming over the last six months, it has become very apparent to me that we are ready for new blood in Congress," Hageman said at a recent event in Cheyenne, Wyoming, with Kentucky GOP Sen. Rand Paul, a longtime critic of Cheney.

Despite her considerable and growing campaign coffers, Cheney faces an uphill battle in Wyoming, the state Trump won by his widest margin in 2020.

"She hasn't been really challenged hard," said Brown, the Wyoming state representative. "I don't think it's a shoo-in like it has been in the past."

But the prospect of defeating the Trump machine through the Wyoming primary is what has party bigwigs opening their wallets. And if Cheney is successful?

"I think she has all kinds of prospects," said Comstock.