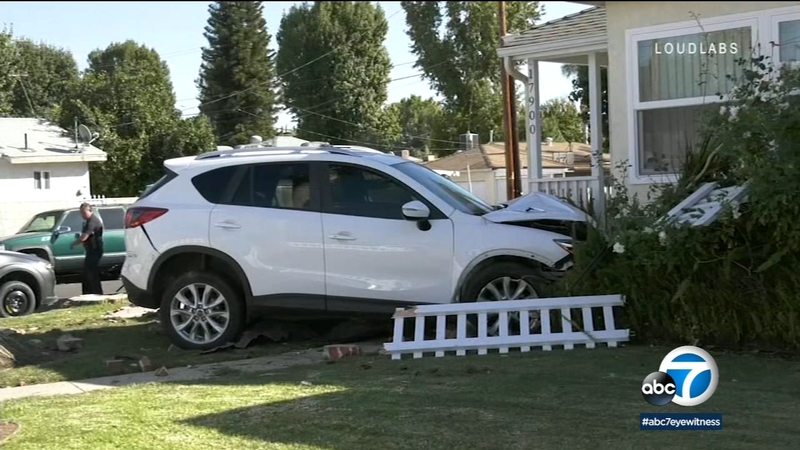 RESEDA, LOS ANGELES (KABC) -- A man was taken into custody Sunday after a car nearly crashed into a house in Reseda following an argument between the man and a female which escalated into a car chase.

Details surrounding the nature of the domestic dispute between the couple were not immediately available, but it ended with the woman driver barreling onto the yard of a home near the corner of Vanowen Street and Zelzah Avenue around 1 p.m., according to the Los Angeles Police Department.

Witnesses say the man was chasing the woman driver. The woman behind the wheel of the SUV rammed through a fence and short brick barrier and ended up on the front yard, managing to avoid causing any significant damage to the house.