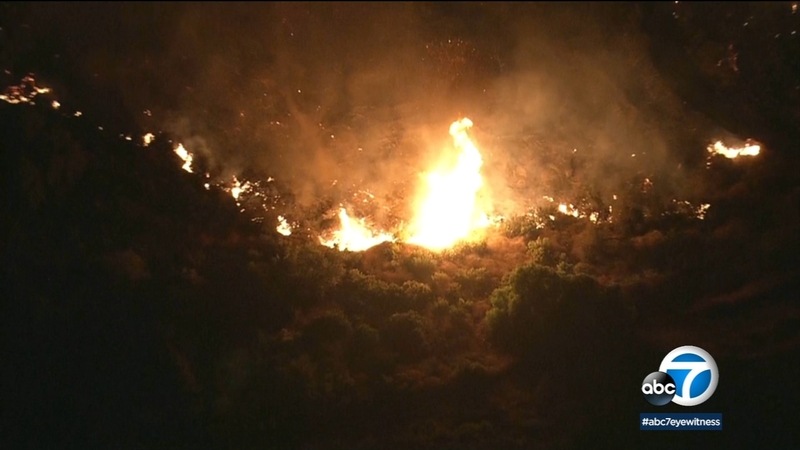 FULLERTON, Calif. (KABC) -- A brush fire that was threatening homes erupted in Fullerton Wednesday evening, prompting evacuations in the area.

Firefighters responded to the area of Gilbert Street and Castlewood Drive shortly before 8 p.m., with police announcing homes were being evacuated.

Fullerton police said at around 9:45 p.m. the fire was at 8 acres and was contained in the northeast corner of Gilbert Street and Castlewood Drive, adding that no homes were at risk of burning. Residents who fled the area by foot were allowed to return to their homes before 11 p.m., but roads will remain closed to vehicular traffic as firefighters continued controlling the blaze.

A flare gun was found at the scene and is part of an arson investigation.

Fire officials at one point said the blaze had burned at least 20 acres.

Evacuations were issued for the following areas:

Gilbert Street is closed from Rosecrans Avenue to Imperial Boulevard.

The fire has burned approx 8 acres & its contained in the NE corner of Gilbert & Castlewood. At this point, no homes are at risk of burning.

The evac order is still in effect while firefighters work to make sure all the flames are out. pic.twitter.com/GXkkKRYMtA