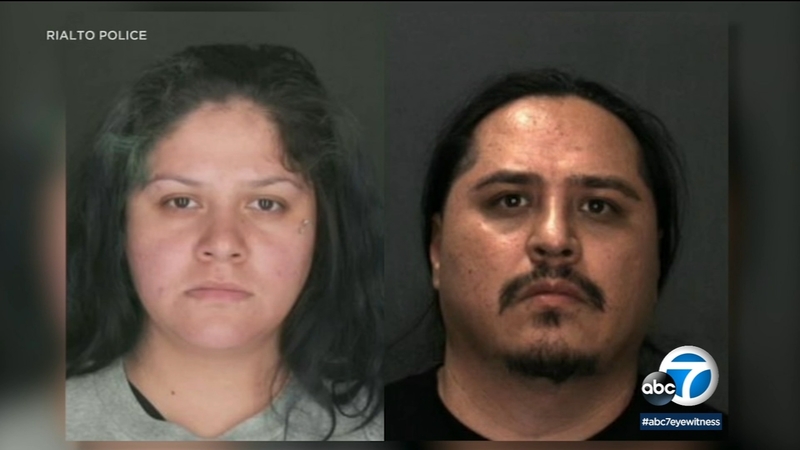 RIALTO, Calif. (KABC) -- A San Bernardino County couple was arrested and accused of abusing and torturing their nieces and nephews for four years while living in the city of Rialto, police said.

Jessica Salas-Ruiz, 26, and Fernando Inzunza, 36, face multiple counts of physical abuse, including corporal punishment of a child. Inzunza was also charged with one count of torture, according to officials.

The couple was arrested on May 25 after a months-long police investigation that began on Jan. 18 after the Rialto Police Department was notified of allegations of physical abuse inflicted upon five juvenile victims, ranging from 11 to 17 years of age, officials said.

Rialto police say the information was related to an initial investigation by the Barstow Police Department in August 2021, which alleged the victims were abused for four years while living with their aunt and uncle at a Rialto home located in the 1000 block of E. Jackson Street.

Detectives conducted forensic interviews with each of the victims who described various forms of abuse and torture, including branding, strangulation and being shot with pellet guns, according to police.

"Sometimes the children during punishment were made to kneel on rice for long periods of time," said Rialto police Detective Erica Duque. "Or made to kneel outside on the hot concrete on small pieces of gravel."

Scarring consistent with the victims' account of abuse was discovered during a medical examination.

The couple was booked into West Valley Detention Center in San Bernardino County with their bails set to $750,000 each.