1 killed in shooting at park in Rialto where elementary school students were on field trip: police 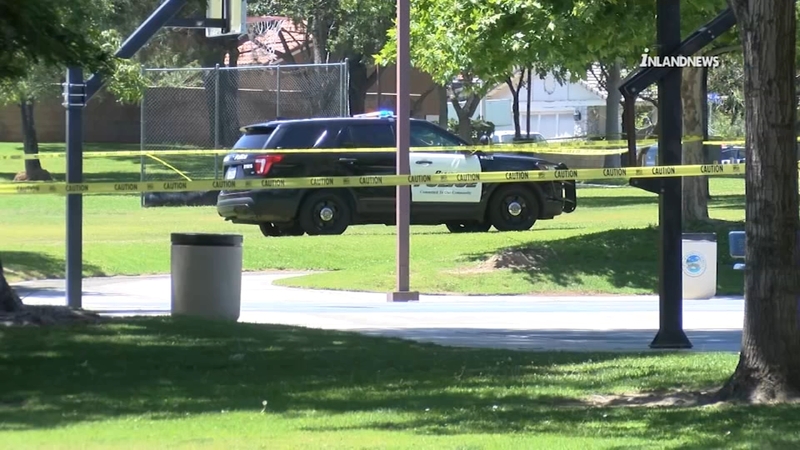 2 shot at Rialto park where 1st, 2nd graders were on field trip

RIALTO, Calif. (KABC) -- Police are searching for several shooting suspects who left one man dead and another injured at a park in Rialto.

Police say it happened just before 1 p.m. Wednesday at Fergusson Park where six classes of first and second graders from Fitzgerald Elementary School were on an end-of-year field trip.

Teachers and campus security guards with the students sheltered the children under the tables, and behind other safe areas, when the shooting occurred, police said.

Fortunately, no children or school personnel were injured, and all have been accounted for.

Investigators say an argument between two groups of basketball players at the park led to the shooting.

Both of the male victims were taken to the hospital where one of them died, and the second was listed in critical condition, according to officials.

The victims have not been identified.

Police say the only description they have of the suspect vehicles is a white Honda and a black Honda that left the park going eastbound.

Officers escorted the students back to Fitzgerald Elementary School with assistance from the San Bernardino County Sheriff's Department, and were released to their parents.

Further details were not available. The investigation is ongoing.