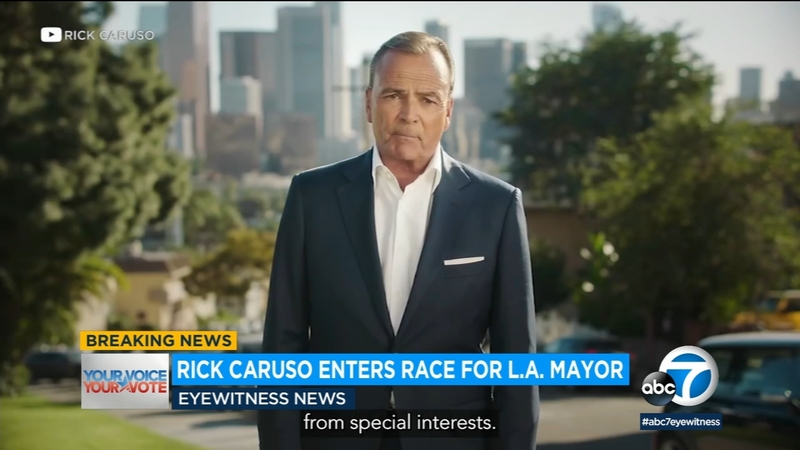 In the video, he talks about homelessness, crime and how if he is elected mayor, he would work for $1 a year.

As a lifelong Angeleno, I know we deserve better. LA faces a homelessness crisis, increasing crime, and rampant corruption — and these problems won’t be solved by electing the same politicians who caused them. I’m running to bring real, meaningful change. #CarusoCan pic.twitter.com/Yjbcr7q4BW

Caruso is an L.A. native and the developer behind shopping centers like The Grove and The Americana.

In the video, he says the city is in "crisis" and pledges to "clean up L.A."

Another billionaire has entered the fray to hold public office as developer Rick Caruso filed paperwork for his candidacy for Los Angeles mayor the day before the deadline.