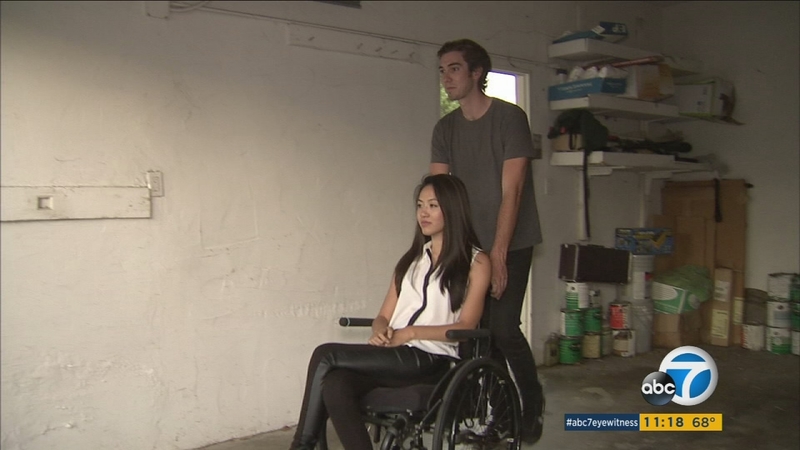 SAN MARINO, Calif. (KABC) -- Ian Andersen is preparing to ride his bike eight hours a day - every day - for a year.

He's planning a 17,500-mile journey from Alaska to Argentina, and his ride will span two continents and 17,500 miles.

Its called "Ride with Ian" and it begins in September.

"I'm confident! I think I can do it!" said Andersen.

"Haven't really ridden much in the past five years," he said.

Andersen went on several long bike rides in high school but took a break in college and is now returning to cycling.

Andersen's inspiration for his latest, and longest, journey is his best friend, Natalie Fung.

"Being able to call her one of my best friends is so inspirational," said Andersen.

Anderson and Fung first became close while classmates at the University of Southern California.

In their senior year, Fung was riding in a cab in Las Vegas when it was struck by a drunk driver. She was paralyzed from the neck down.

Anderson was studying abroad at the time, but flew back early to help his friend recover.

"My friends have helped me so much through this injury," said Fung.

"When he first told me, I thought he was crazy. I was like, 'Are you really going to do this?'" said Fung.

"It means so much that someone would do this for me and for the spinal cord community," she added.

Andersen's uncle Bret completed a similar ride in 1986. At the time, he set the Guinness World Record for longest continuous bike ride.

"He just told me what a perspective-changing experience it was for him," said Anderson.

Anderson plans on posting one photo every day to his Instagram account, @RideWithIan. Some of those pictures may include his trips to spinal cord rehabilitation centers along the way.

He hopes to raise $1 per mile of his ride for spinal cord awareness.