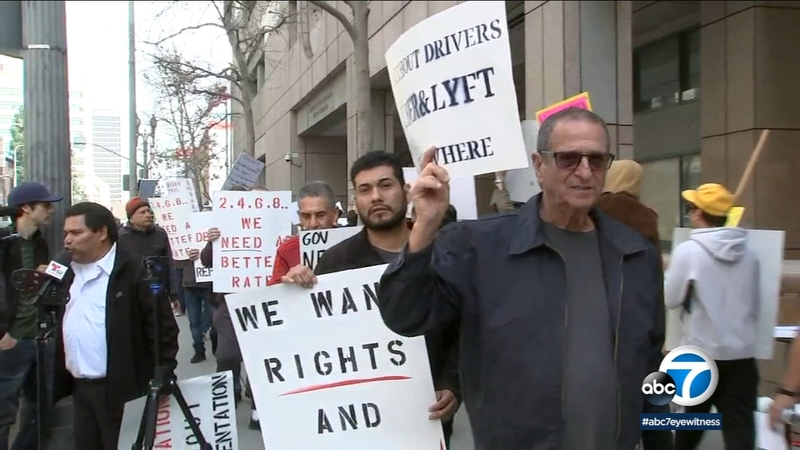 LOS ANGELES (KABC) -- Rideshare drivers are looking for a bigger voice in the policies that govern their rights and protections.

Rideshare Drivers United is hoping to unionize drivers to give them a greater voice when dealing with companies like Uber and Lyft.

"We need fair pay right now," said Nicole Moore, who drives for Uber and Lyft. "The companies are taking up to 70 percent of our fare sometimes."

Moore claims the companies are taking a larger slice of fares per ride, leaving her in a further hole financially.

"We're putting the tires on the car. We're replacing our transmissions and they're becoming very rich. We're the fastest-growing low-wage job in Los Angeles right now."

Drivers claim they need protection from the companies' ability to deactivate them without cause.

"We need to organize," said rideshare driver Terri Beilke. "Whether it's a union or association we need to get together as a group, one solid group across the United States."

Rallying drivers say unionizing will strengthen their demands to place a 10 percent cap on the amount of money rideshare companies can take from drivers per fare.

Drivers say they hope their voices are heard all the way to the governor's office.

"We think the governor can be supportive and an ally of drivers but he needs to understand what drivers think," Moore said.