Rihanna is resplendent on Vogue's May cover: 'My body is doing incredible things right now' 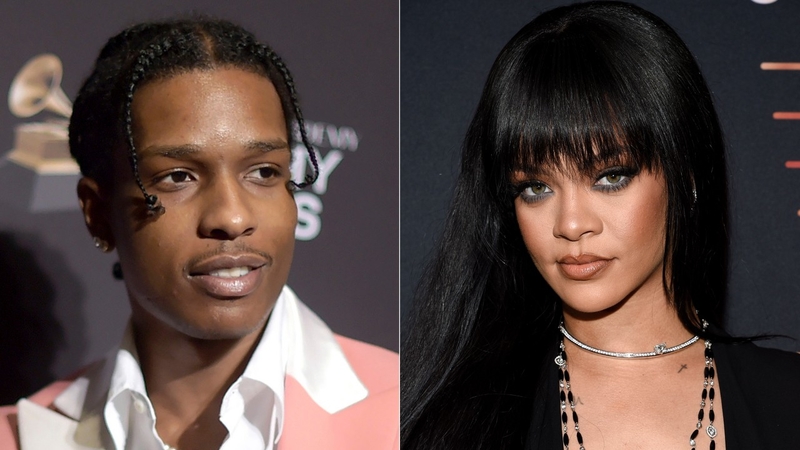 Rihanna has been unapologetic in her bold, fashion-forward maternity looks since announcing her pregnancy with partner A$AP Rocky in January, delighting fans with her choice of crop tops, sheer dresses and belly chains. Now, she's the star of American Vogue's May issue, fronting the title in a fiery red lace bodysuit and matching gloves from AlaIa.

In an accompanying interview for the magazine, the superstar opened up about her whirlwind past few months and the reason she's been emphasizing her body, rather than hiding it.

"When I found out I was pregnant, I thought to myself, There's no way I'm going to go shopping in no maternity aisle. I'm sorry -- it's too much fun to get dressed up," she told Vogue. "I'm not going to let that part disappear because my body is changing."

In the photo shoot by Annie Leibovitz, Rihanna poses in multiple looks in an ornate Parisian hotel room during the city's fashion week, displaying her bump in a dramatic veiled Jean Paul Gaultier couture gown, a red Rick Owens cropped jacket and long skirt ensemble, and a pillowy Marc Jacobs coat paired with her own Savage X Fenty briefs.

“It’s too much fun to get dressed up. I’m not going to let that part disappear because my body is changing,” says @Rihanna. https://t.co/HyMZvndjQz pic.twitter.com/7VL93oDR7Y

The cover story comes less than three months after Rihanna's first public photos as a mom-to-be, where she and A$AP Rocky posed lovingly in Harlem while she wore a vibrant vintage Chanel puffer coat, unbuttoned from the bottom, low-slung jeans and a Chanel chain belt. Since then, she's used every public appearance to debut a new head-turning outfit.

"I think I even say yes to more now because I know it will be different on the other side of this," she said in the interview. "At first I expected some magical change, but really I remain who I am...None of the dials are turned down."

For the entirety of fashion month, Rihanna was the star, showing up to the Gucci show in Milan with a latex crop top and oversized purple fur coat, followed by Dior in Paris, where she wore a sheer black lace slip with knee-high patent leather boots.

"To me that dress is actually the closest thing to maternity clothes that I've worn so far," Rihanna told Vogue of the all-black Dior look. She wore a pair of Savage X Fenty underwear for that daring outfit too, saying, "Listen, they were going to see my panties regardless. So they'd better be mine."

Rihanna said she and A$AP Rocky were not planning for a baby, "but certainly not planning against it," and explained how close they became during the early days of the pandemic while on a cross-country roadtrip. "He became my family in that time," she said, later adding, "I just feel like I can do any part of life by his side."

Though the word is still out on Rihanna's due date, she revealed to Elle last month that she was already in her third trimester. To Vogue, she said she hopes she's been able to "redefine what's considered 'decent' for pregnant women."

"My body is doing incredible things right now, and I'm not going to be ashamed of that," she said. "This time should feel celebratory. Because why should you be hiding your pregnancy?"