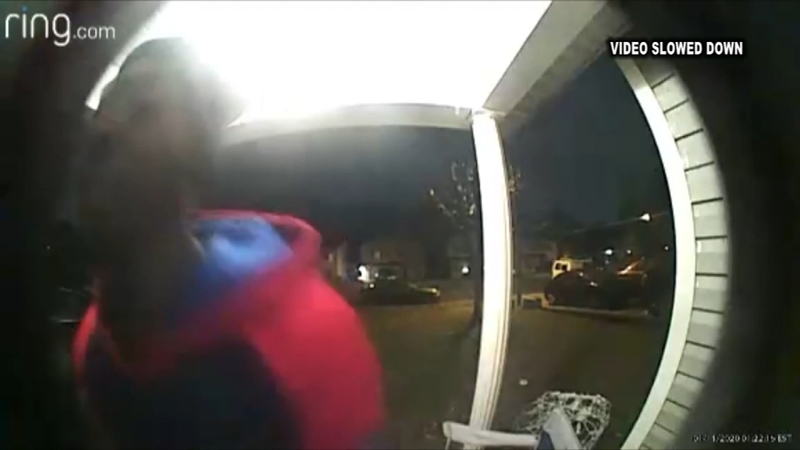 CHARLOTTE, N.C. -- A doorbell camera captured a scary moment for a North Carolina family that could have ended in a home robbery, or worse.

Late one night in early January, two men tried to sneak into a home by following a woman inside.

It happened after the woman got home with her kids. Her sister then arrived at the house after the homeowner did. When the homeowner let her sister inside the front door, a Ring camera recorded the attempted break-in.

Charlotte-Mecklenburg police officers said the men tried to break into the home a split-second after the front door was shut. One of the men had a gun.

"If we didn't lock the door. I mean, me and my children could have probably been dead," the homeowner told WBTV.

The men ran off, with one heard yelling "I got locked out!" several times.

"In our head, we just heard a 'boom boom boom'. In our head, we was like, 'what was that?,'" she said. "It just totally didn't sit right with us so we go upstairs and look on the camera, there was a whole two guys outside with a gun."