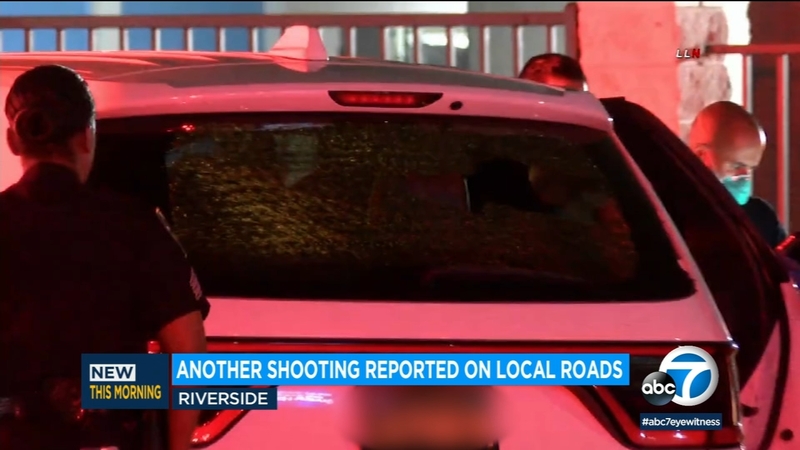 RIVERSIDE, Calif. (KABC) -- Police are investigating yet another shooting on local roads, this time in Riverside.

No injuries were reported in the shooting.

Video from the scene shows the shattered rear window of a Dodge Durango.