Windows shot out of multiple cars on Orange County freeways in past week, CHP says 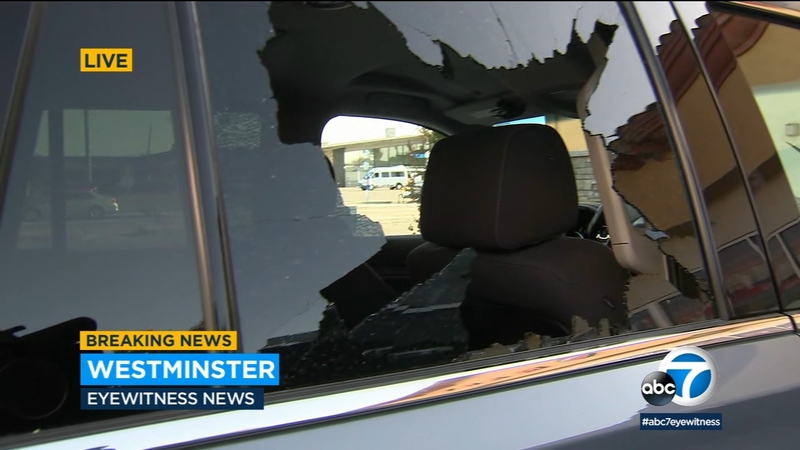 SEAL BEACH, Calif. (KABC) -- Authorities are searching for a person who shot out the windows of at least two vehicles on the 405 Freeway in Orange County.

No injuries were reported, but two SUVs had holes smashed in their windows and CHP officials say they are looking into multiple similar incidents that have happened on Orange County freeways over the past week.

Christina Martinez-Adame was driving south on the 405 Freeway in Seal Beach just after 4 p.m. when she realized someone had shot at her SUV's back window on the freeway.

She was on her way to a parent-teacher conference but luckily her child was not in the car at the time.

"My little one is always in the car with us," Martinez-Adame said. "At any given time I'm likely to have a few kids in there in the middle and back seat. Thank God today they weren't and it was just myself in the front seat."

Manuel Padilla was driving in the same area around the same time. He first heard one loud boom and then another, when his back window exploded in glass.

"I thought I got shot or somebody's shooting at me, I need to get to safety," he said.

He called 911 and tried to get off the freeway, but it took some time to exit because of traffic.

"Of course I'm panicking. It's a very scary situation."

"Who knows - what if someone was sitting in my back seat?"

The CHP is still looking for the projectiles that were fired. CHP says it does not appear that the shooter used a firearm, and the agency suspects BBs or pellets were used.

The CHP is investigating a handful of additional incidents, described as less than a dozen, of people driving on Orange County freeways and having their windows shot out in the last week.

One was on the southbound 5 Freeway in Buena Park and another was on the eastbound 91 Freeway transition to the 5. One minor injury was reported from glass fragments.