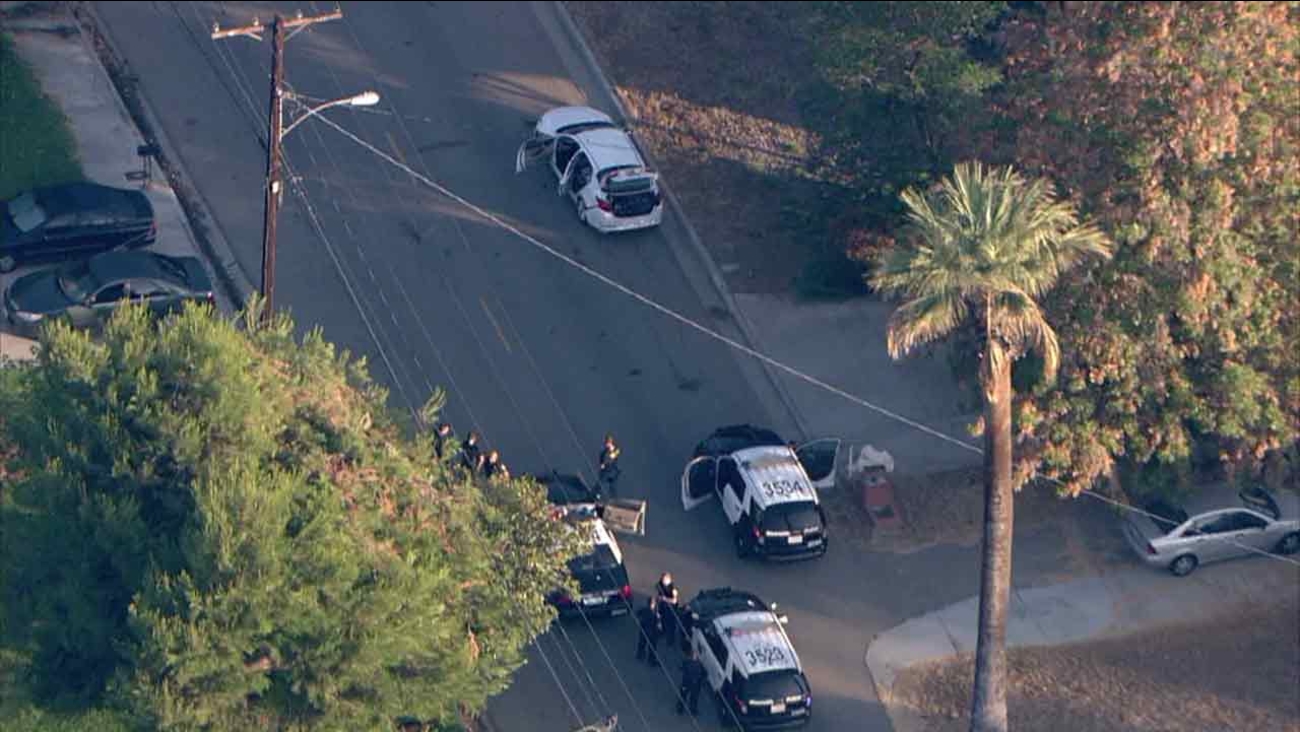 RIVERSIDE, Calif. (KABC) -- A police chase from San Diego ended in Riverside Monday with the arrest of a man suspected of killing his girlfriend.