HEMET, Calif. (KABC) -- A candlelight vigil was held at Gibbel Park in Hemet Saturday for San Jacinto Police Department K9 Sultan, who was shot and killed in the line of duty Wednesday.

Officers, deputies and police K9s gathered to remember Sultan, who had only been on the force for a little over a year.

Sultan was trying to help capture 36-year-old Todd Hodge, who had barricaded himself into the crawl space below a house in Hemet, but Hodge opened fire, killing the Belgian Malinois-German shepherd mix.

Sultan's handler, Deputy Mark Wallace, is on paid leave, mourning the loss of his partner. Others in the K9 program say this is difficult on everyone.

"From a personal standpoint, I can tell you that when I heard this, it impacted me as if I had lost a peer. There is very little differentiation ... four legs or two legs, they're all members of the Riverside County Sheriff's Department," said Chief Deputy Geoff Raya.

Hodge was killed in a deputy-involved shooting.

The San Jacinto Police Department released the following statement following the candlelight vigil Saturday: "Thank you to everyone that attended the candlelight vigil to show your support for Sultan. The number of messages we have received and the enormous show of support has been overwhelming and heartwarming. We are truly grateful and proud to serve this incredible community." 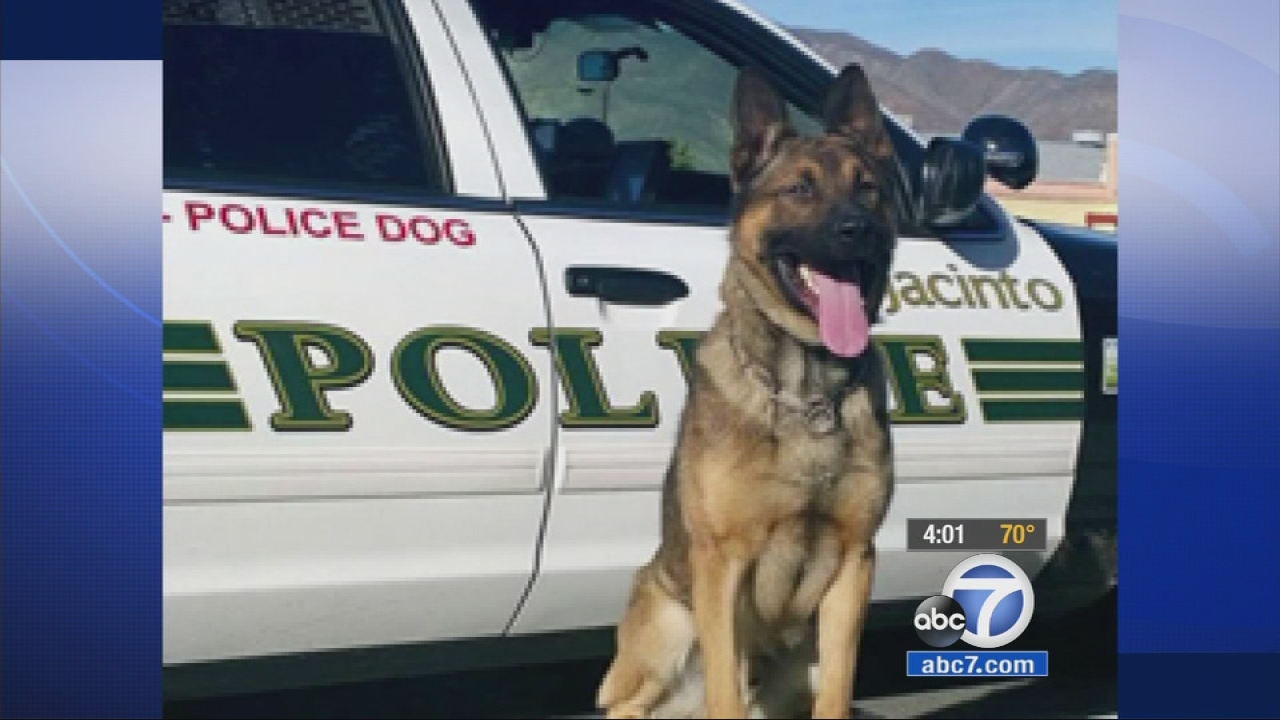 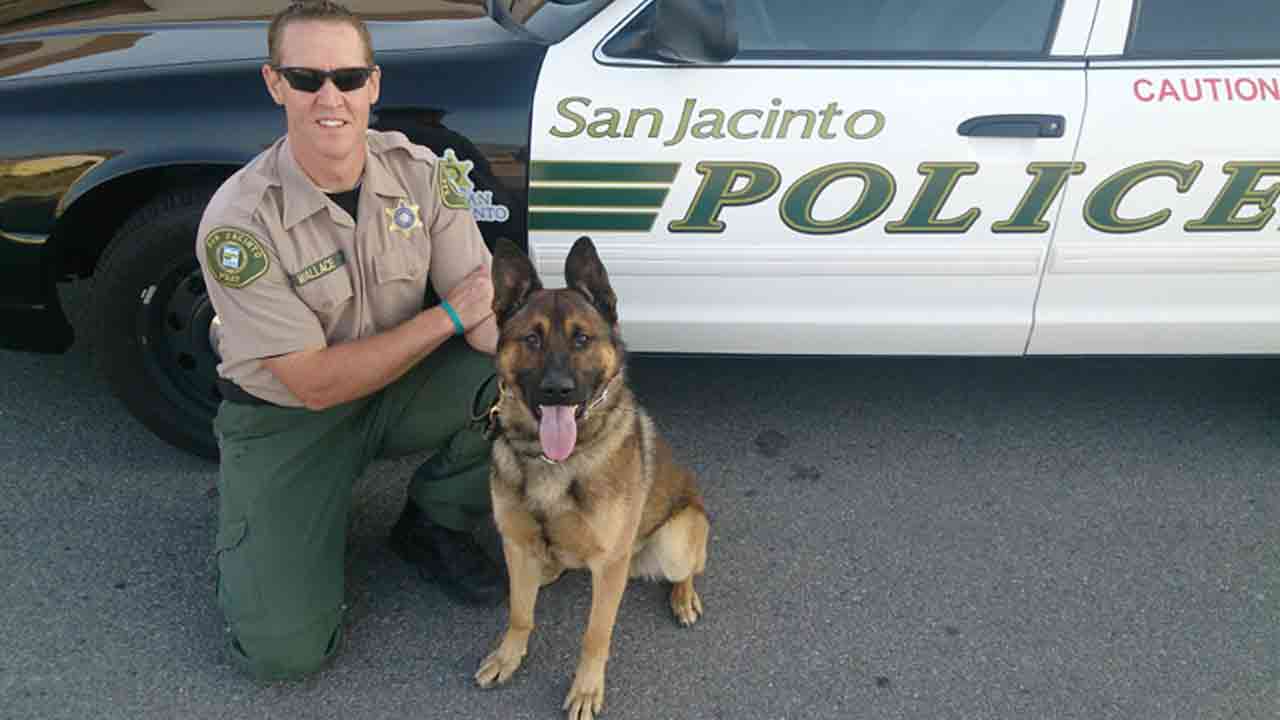